Xanthos directly influenced Lycia throughout antiquity, as demonstrated by the many epigraphic texts found on the two sites as well as by the remarkable funerary monuments preserved there or originating from the area, and also the neighbouring provinces. The Mausoleum of Halicarnassus, one of the Seven Wonders of the Ancient World, is a direct descendant of the Nereid Monument at Xanthos.

Xanthos, the capital of ancient Lycia, and the neighbouring and indissociable site of Letoon located 8km away form a famous archaeological complex. The excavations were carried out from 1838 to 1844 by the Englishman Charles Fellows.

The Lycians were one of the 'Sea Peoples' who invaded the Hittite Empire around 1200 BC. Herodotus relates that they came from Crete to take part in the Trojan War. Throughout its long history, this ethnic group displayed two apparently contradictory characteristics. In the first place they were extremely loyal to their traditions: the Lycian language was preserved over a very long period. Even today the farmers of the region build wooden houses and barns whose structure is comparable to the monuments found in the Lycian rock art tombs. Their second characteristic is their capacity to assimilate the cultural contributions of Hellenism and those of Rome. The town was still inhabited in the Byzantine period when several basilicas were built; it was only in the 7th century that the Arab raids left the town in ruins.

A long and complex history has left many splendid but at times hard to distinguish remains on the two neighbouring sites of Xanthos and Letoon.

East of the Xanthe River, a first monumental zone includes the old Lycian Acropolis, which was remodelled during the Hellenistic and Byzantine periods. At that time a church was built at the north-east corner, while an advanced defensive structure fortified the western side of the citadel along the river. Directly north of the Acropolis stands a very beautiful theatre that dominates the Roman agora. This entire area is marked with great Lycian funerary monuments, which are characteristic of the archaeological landscape of Xanthos and rise up spectacularly from the ruins. There is a second, more confused, archaeological zone that extends between the Vespasian Arch to the south and the Hellenistic Acropolis to the north. This is where the lower part of the town was located.

The archaeological site of Letoon, dedicated to Leto, Artemis and Apollo, includes the ruins of a nymphaeum dating back to Hadrian, built on the site of the sacred source that was at the origin of the creation of the sanctuary.

The famous trilingual inscription in Lycian, Aramaic and Greek dating back to 358 BC (Year I in the reign of Artaxerxes III Okhos) was discovered near the temple of Artemis in Letoon. It is in Xanthos and Letoon that are to be found the longest and most important texts in the Lycian language: most of them are carved in rock or on huge monoliths. They cannot be moved and are the major monuments of a unique Indo-European language that disappeared long ago. The rock-art tombs, pillar tombs, and pillar-mounted sarcophagi represent a novel type of funerary architecture. The rich series of Lycian tombs in Xanthos and Letoon make it possible to understand the successive acculturation phenomena that took place in Lycia from the 6th century BC. 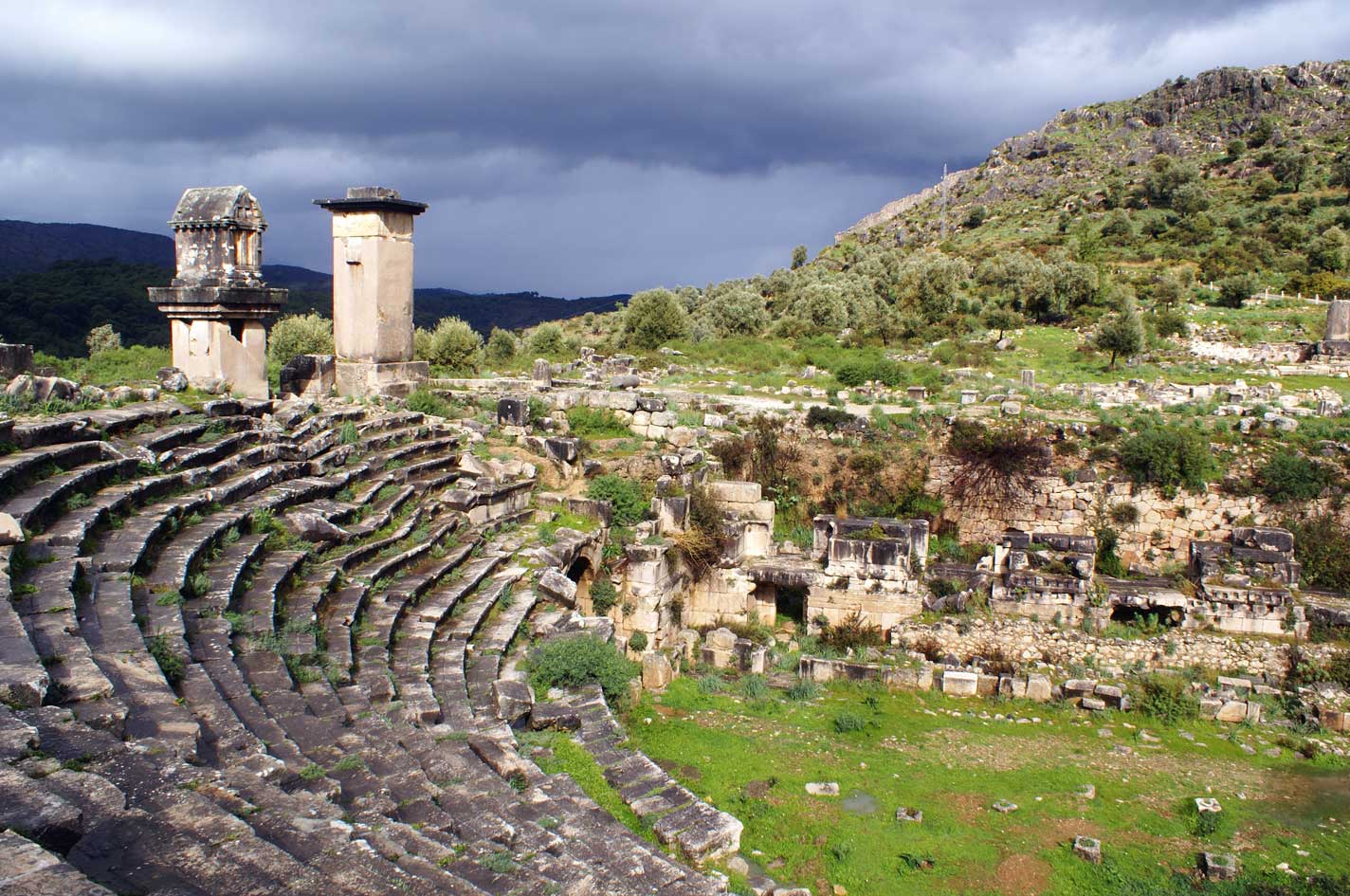 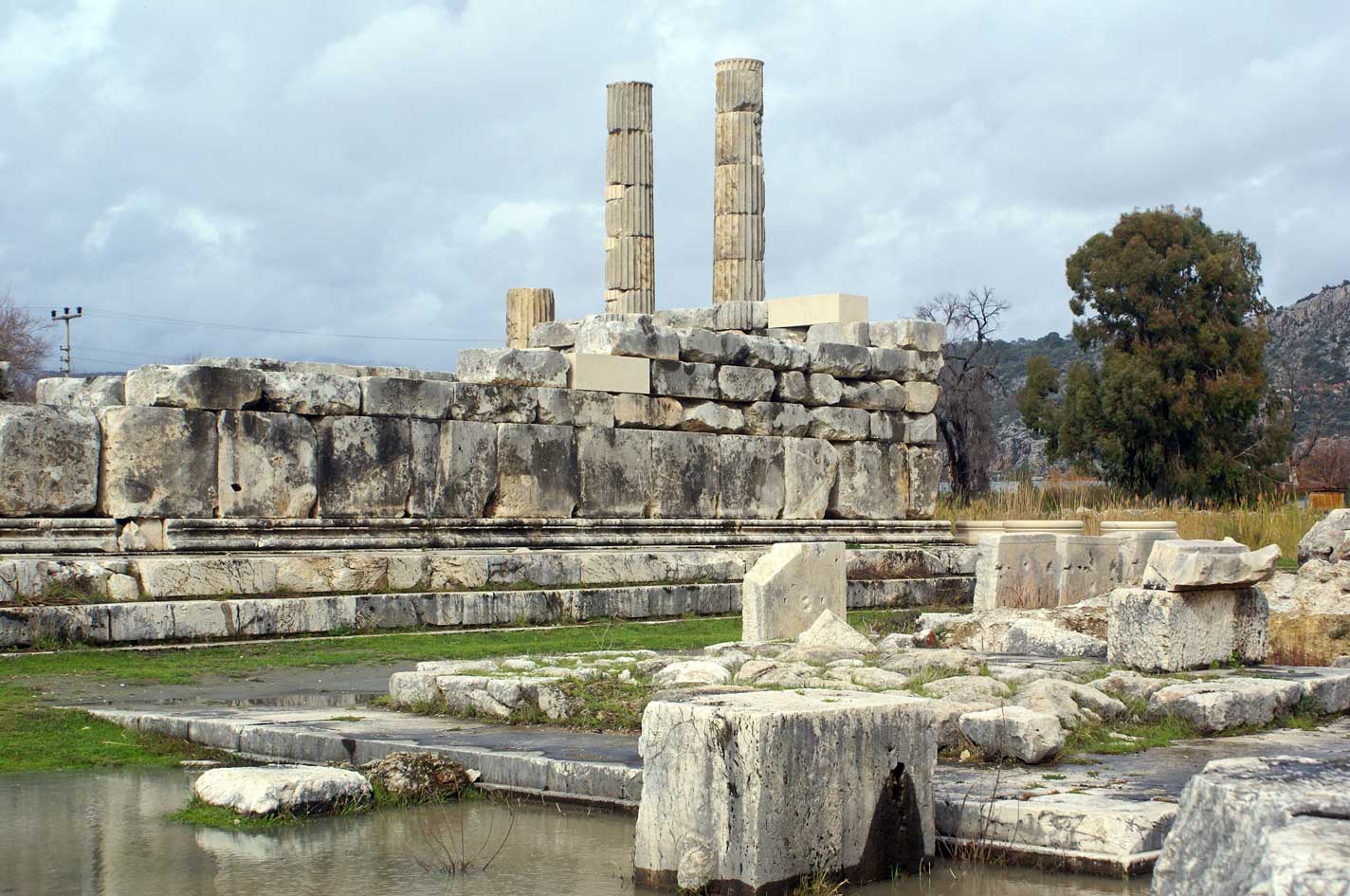 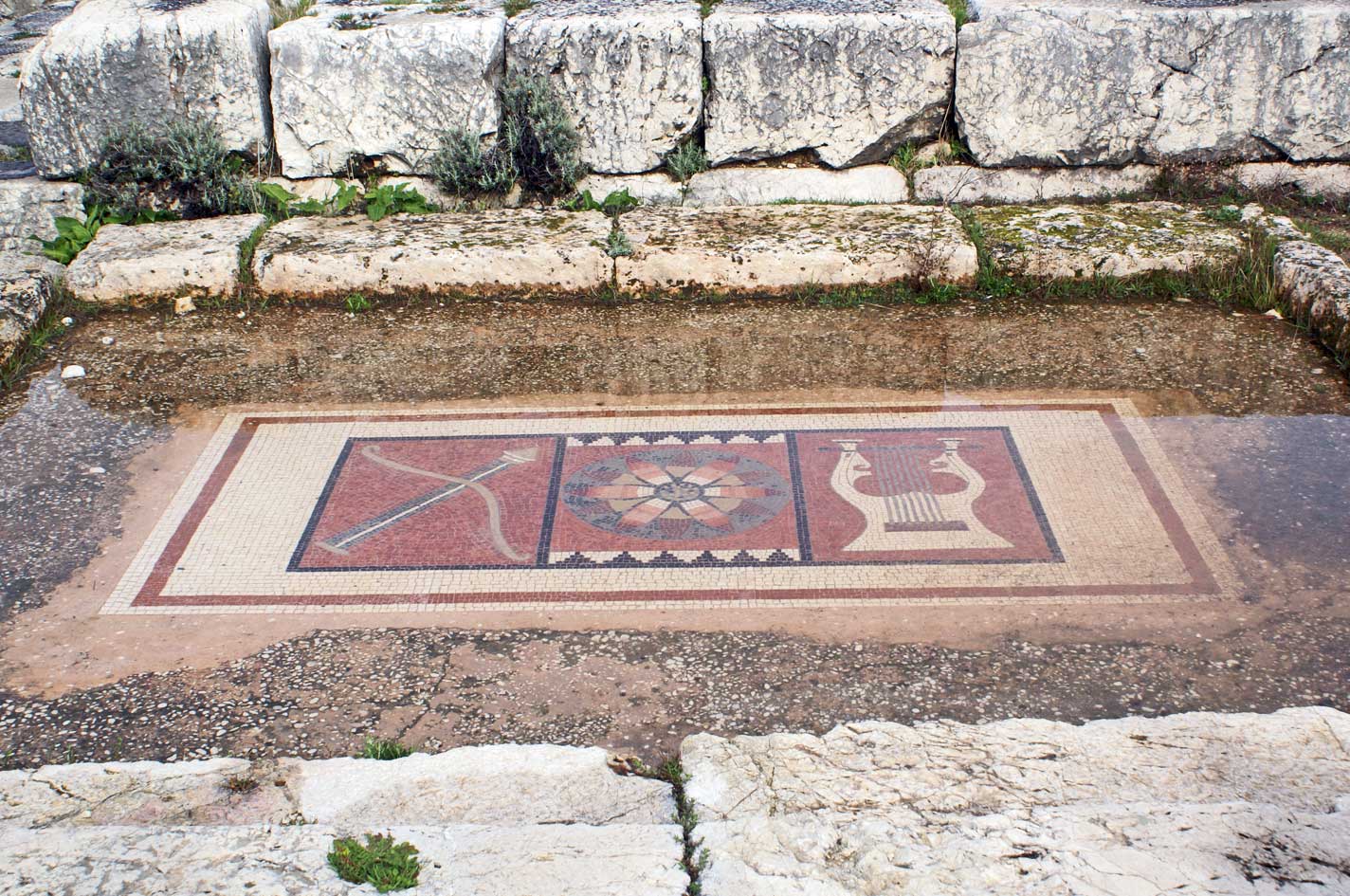 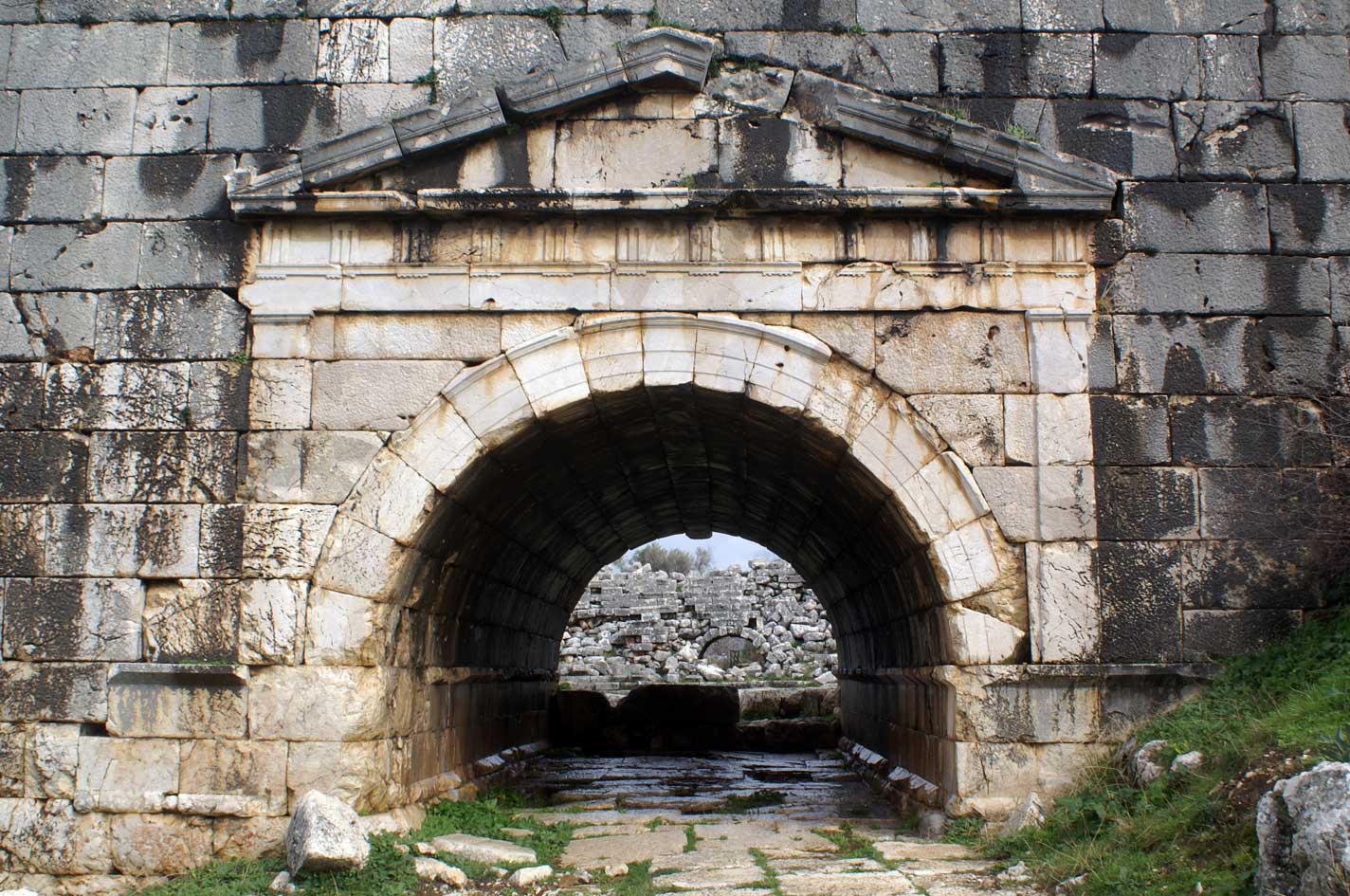 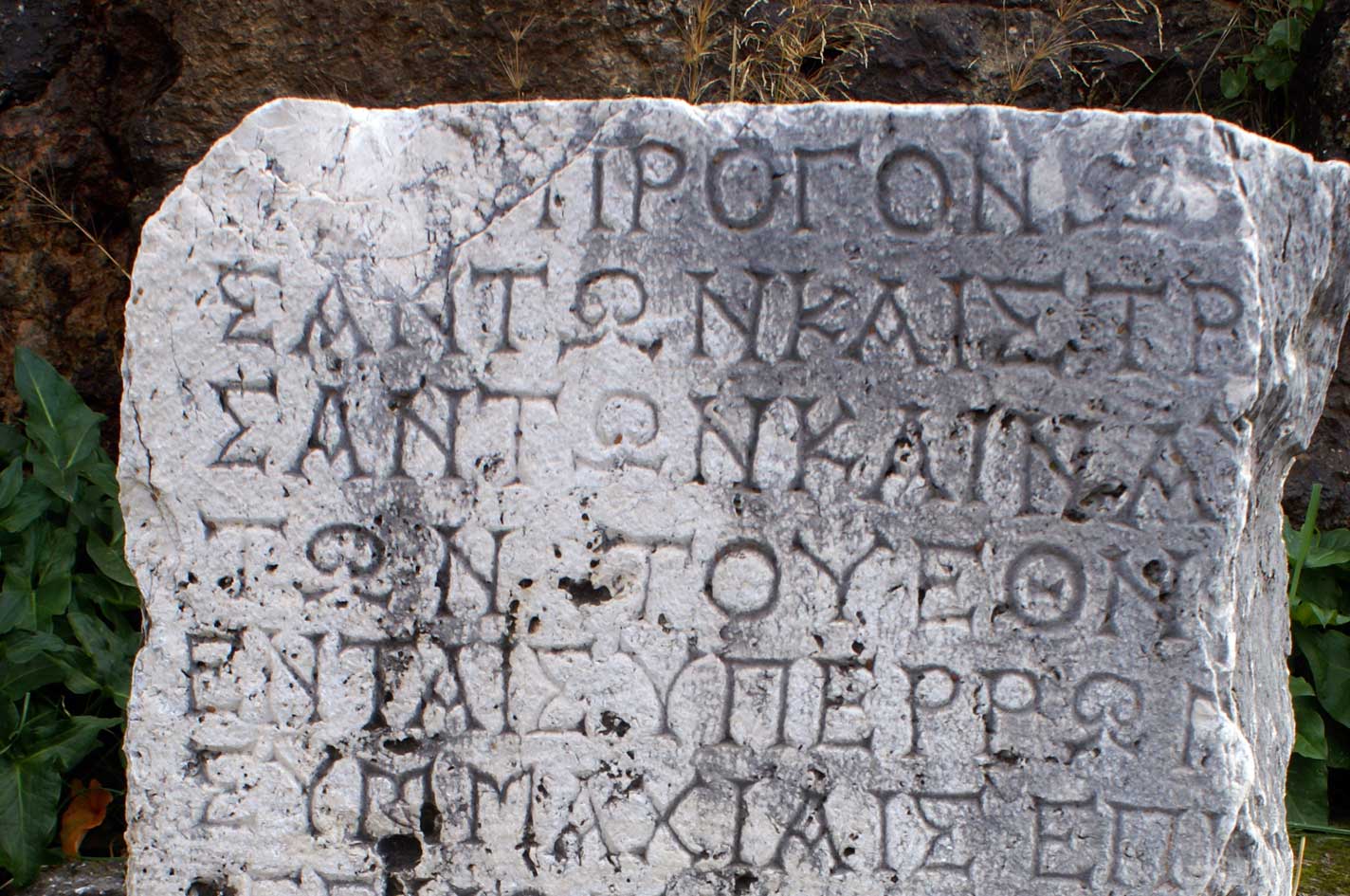