The tomb or the Hierotheseion of Nemrut Dağ bears unique testimony to the civilization of the kingdom of Commagene. Antiochos I is represented in this monument as a descendant of Darius by his father Mithridates, and a descendant of Alexander by his mother Laodice. This semi-legendary ancestry translates in genealogical terms the ambition of a dynasty that sought to remain independent of the powers of both the East and the West. More than the tombs at Karakuş and Eski Kâhta, the tumulus at Nemrut Dağ illustrates, through the liberal syncretism of a very original pantheon, a significant historical period. The landscaping of the natural site of Nemrut Dağ is one of the most colossal undertakings of the Hellenistic epoch (some of the stone blocks used weigh up to 9 tonnes).

When the empire of Alexander the Great was breaking up, numerous kingdoms were formed in the Hellenized provinces of the East. One such kingdom was Commagene, which, from 162 BC to AD 72, existed as a semi-independent state, its sovereigns defending their autonomy first against the Seleucids and then against the Romans.

The monarchs of this dynasty bore the Greek names of Antiochos or Mithridates. They left behind, in the mountainous region that stretched from the north of the high valley of the Euphrates, not far from Adıyaman, several breathtakingly beautiful funerary sanctuaries. Locations include Eski Kâhta, Karakuş and, especially, Nemrut Dağ, where the most impressive of all the tomb sites is found, that of Antiochos I of Commagene (69-34 BC).

Discovered by chance in 1881 by Charles Sester, an engineer, it was not until 1953 that exploration of the site was undertaken. Dominating the summit of Nemrut Dağ is a conical tumulus of stone chips. This funerary mound, whose interior layout remains unknown despite numerous attempts to locate the dromos, is surrounded on the east, west and north sides by artificial terraces. The east terrace has two distinct levels dug out of the rock. On the upper level, a row of five colossal seated figures (7 m high) representing deities shares a common substructure with two pairs of equally immense statues, each pair comprising a lion and an eagle, symmetrically positioned at either end. Inscriptions on the statues identify them from left to right as being: the god Apollo-Mithras-Helios-Hermes; the goddess Tyche of Commagene; the god Zeus-Oromasdes; Antiochos himself; the god Heracles-Artagnes-Ares.

The heads of these statues have broken off and tumbled to the lower terrace, which is bordered on its east side by a pyramid-shaped altar, and on the north and south sides by rows of orthostats. On the north side, these stones are decorated with relief sculptures representing the Persian ancestors of Antiochos. On the south side, his Macedonian ancestors symmetrically face the others. Engraved inscriptions on the backs of the slabs identify the genealogical links.

The west terrace has similar features, with the same series of five statues between the two lion-eagle pairs, but does not have an altar. The orthostats repeat the dual genealogy of Antiochos I, the Persian branch on the south, the Macedonian on the west. The symmetry is somewhat modified by the topography of the mountain.

Three superb reliefs show Antiochos exchanging a handshake with Apollo-Mithras-Helios-Hermes, with Zeus-Oromasdes and Heracles-Artagnes-Ares. They are framed by an allegorical group of Antiochos and the Commagenes on the left and an astrological relief called 'the king's horoscope' on the right. The inscription, which has been deciphered, gives the date 10 July 62-61 BC: the date that Antiochos I was invested as king by the Romans.

Nemrut: The Legend of Yediyaman

The legend has it that in the very old times an idolatrous man and his seven sons had been living in Adıyaman. The seven brothers had not adopted their idolatrous father’s religious belief. One day the father had gone for hunting and the brothers had broken the idols. When the father had returned and seen the idols broken by his sons, he had killed them one by one. The community remembering the seven brothers as heroes because of their bravery had started to call them “yediyaman” (meaning seven brave men). In time “Yediyaman” became the name of the region and then turned into Adıyaman. Today, the area in where the seven cemeteries are located in the south of the city is called “Yedikardeş” (meaning seven brothers), considered as sacred. The community visits there to light candles and to make vows. 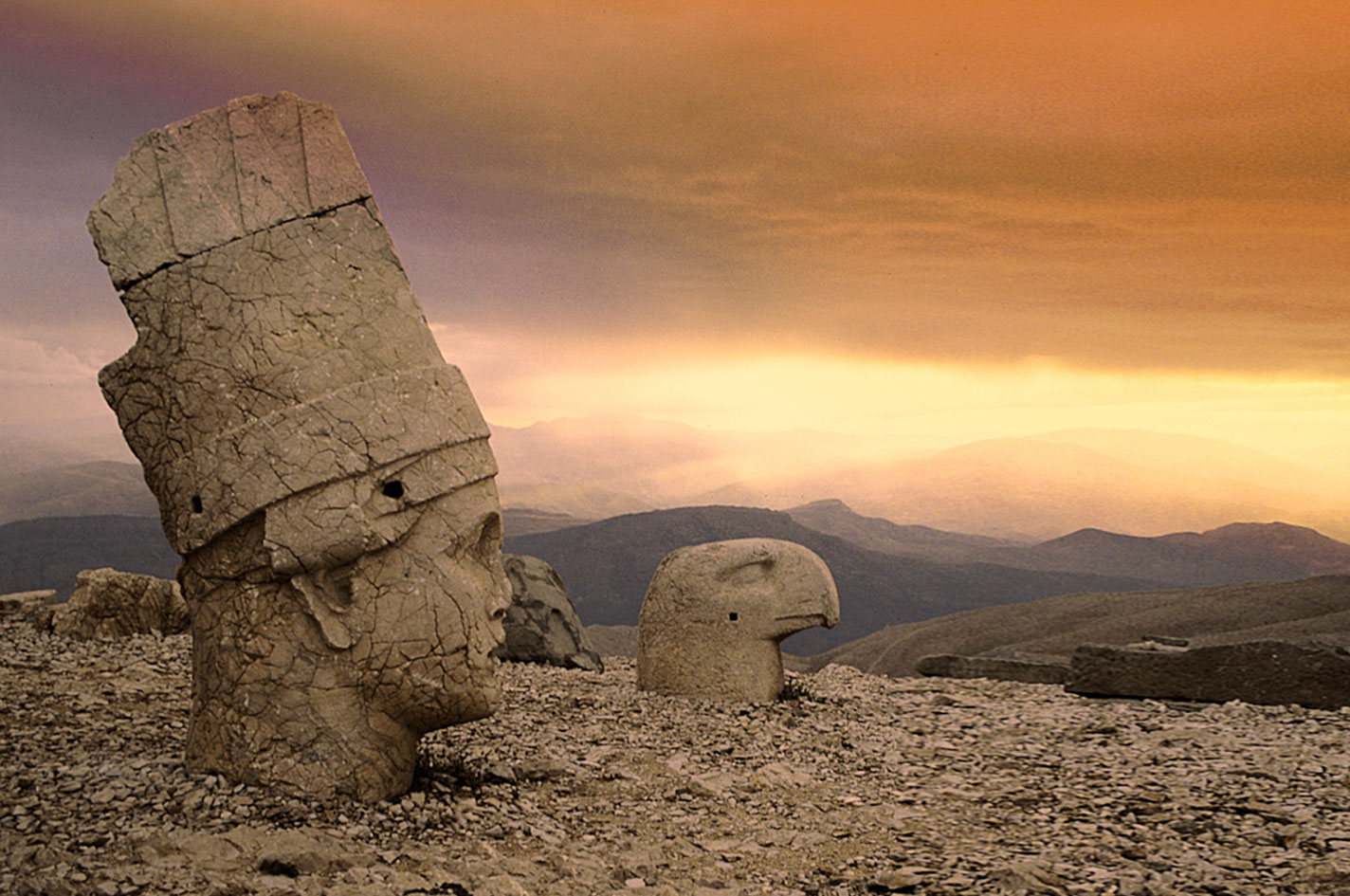 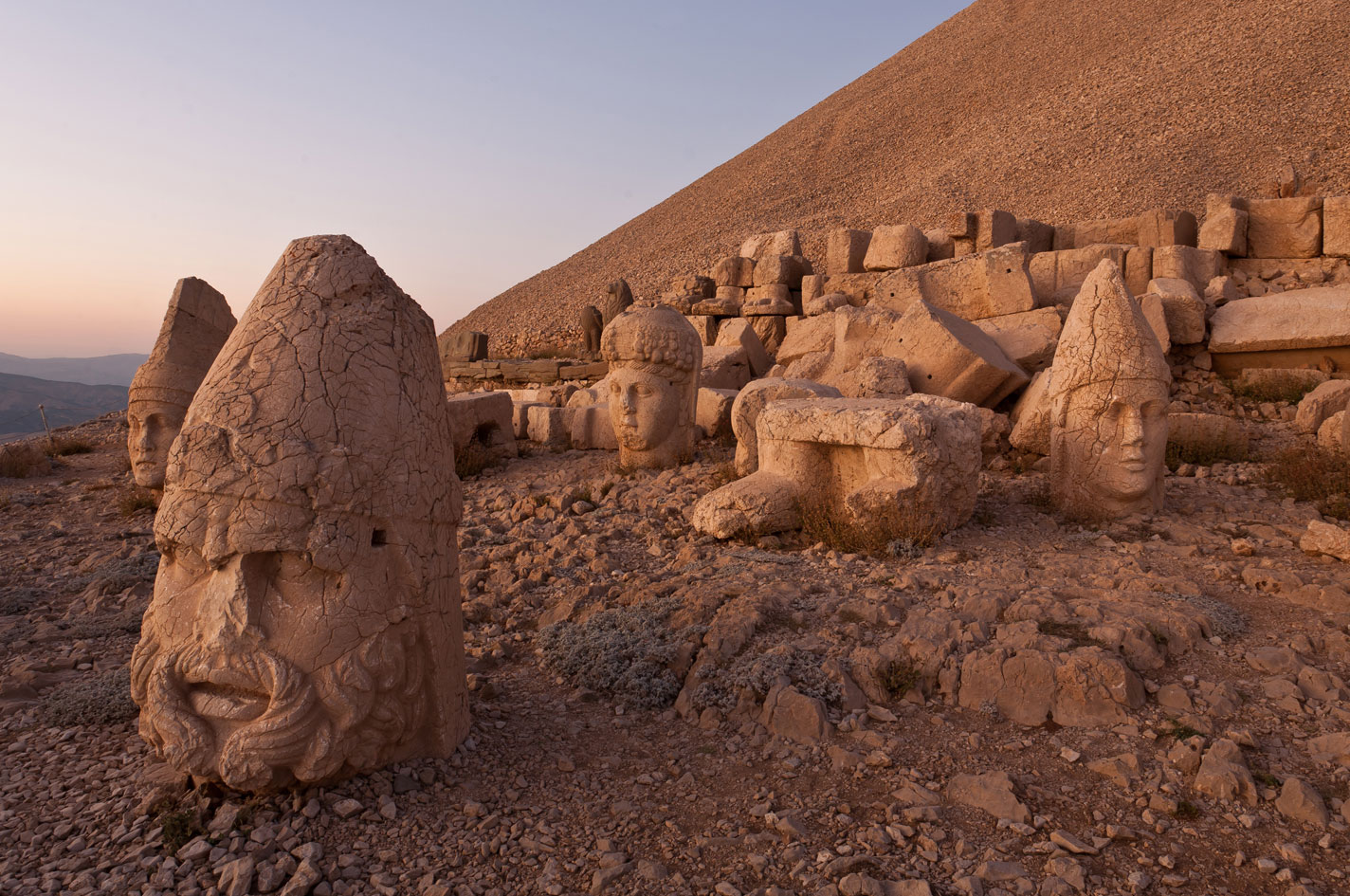 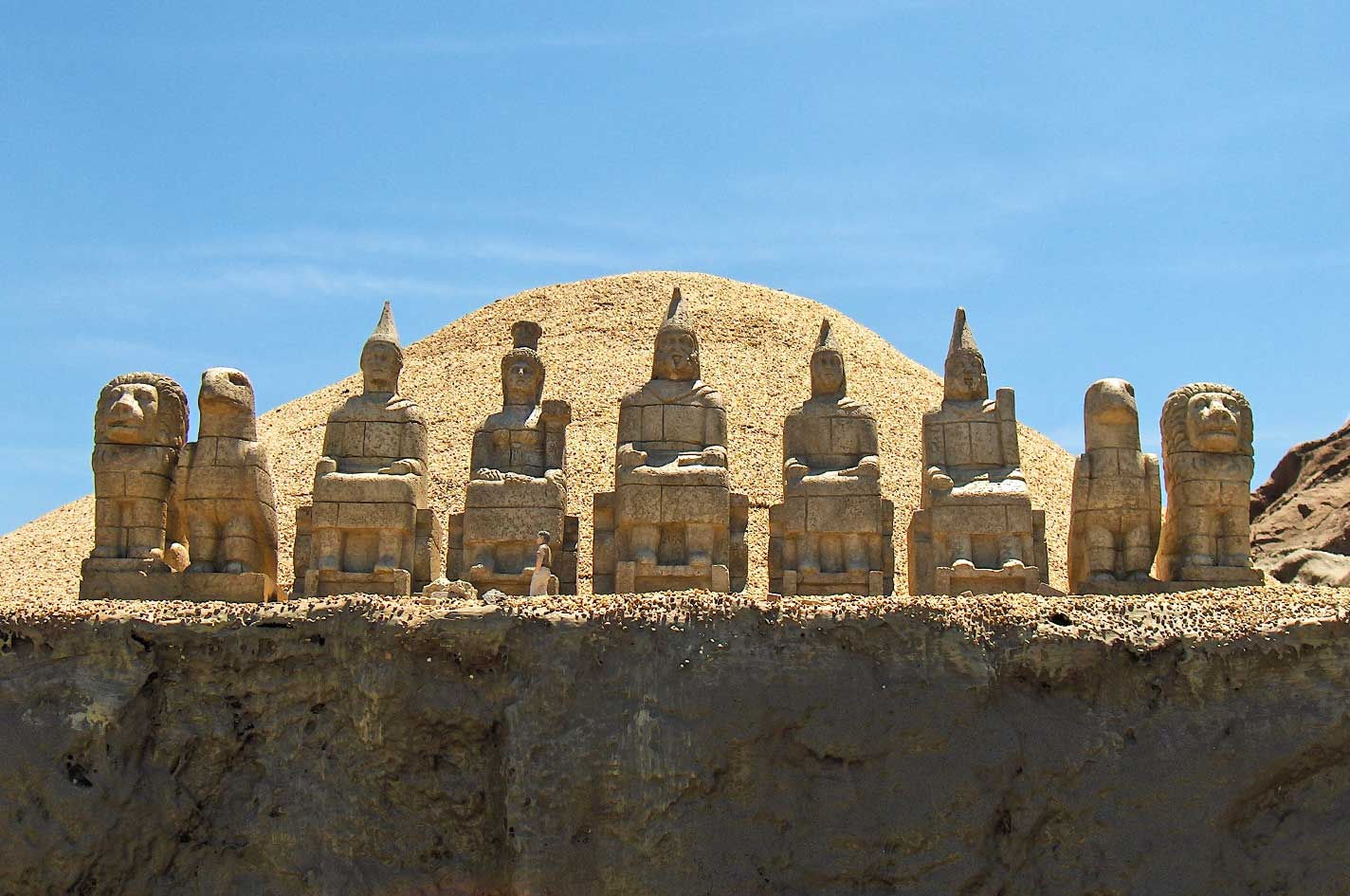 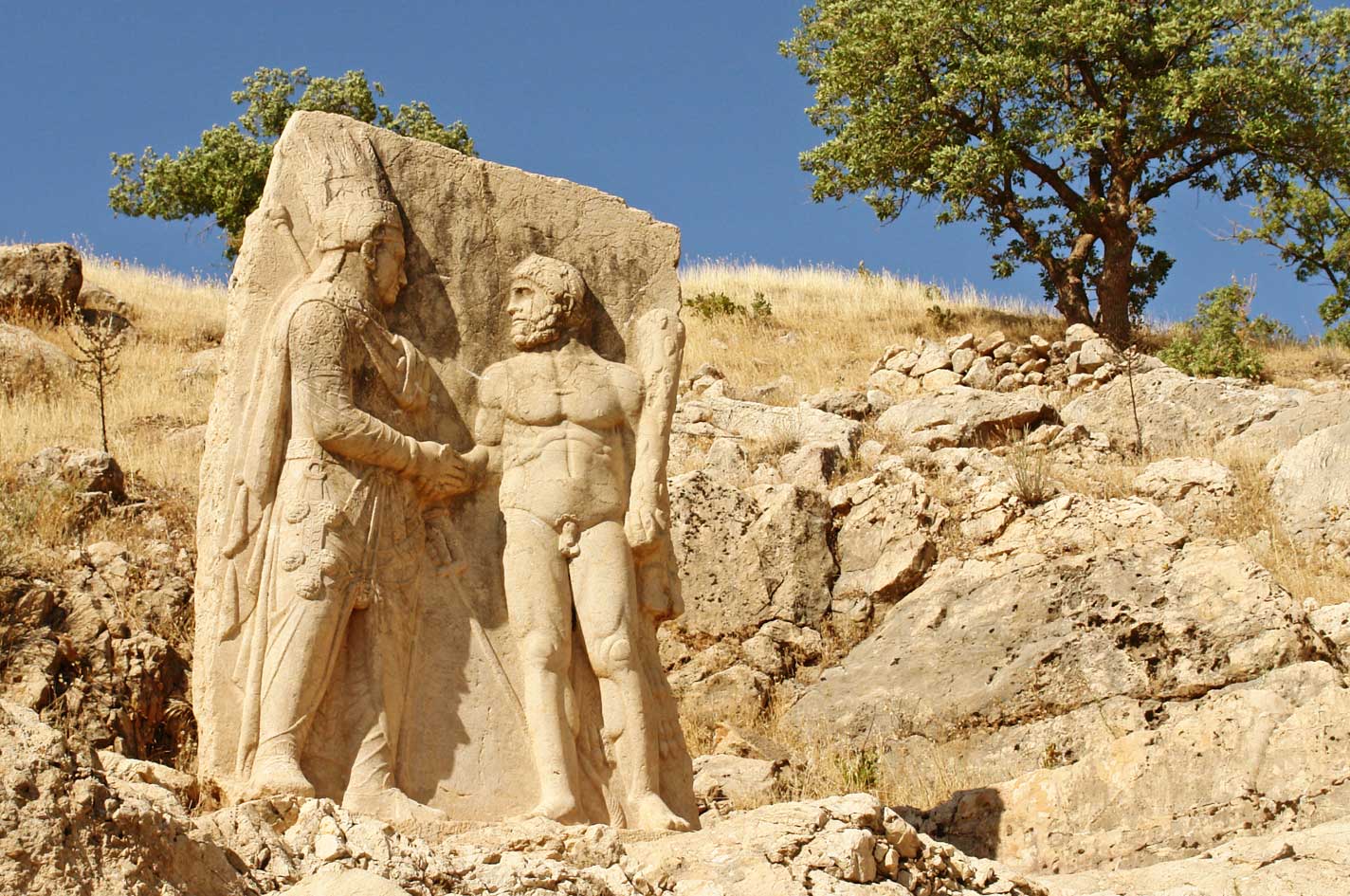 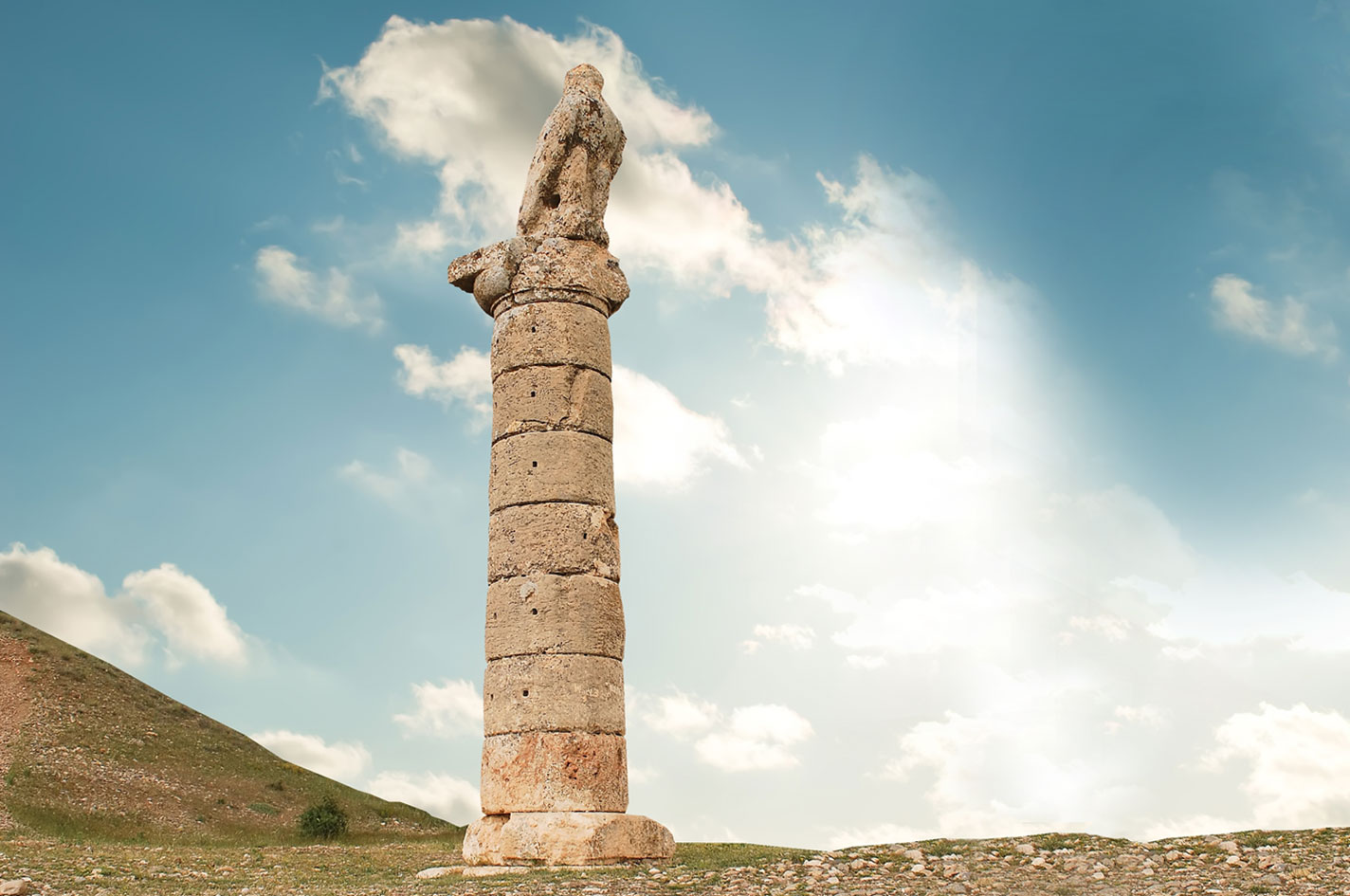