Hattusha exerted dominating influence upon the civilizations of the 2nd and 1st millennia BC in Anatolia and northern Syria. The palaces, temples, trading quarters and necropolis of this political and religious metropolis provide a comprehensive picture of a capital and bear a unique testimony to the disappeared Hittite civilization. The city's fortifications, along with the Lion Gate and the Royal Gate and the Yazılıkaya rupestral ensemble with its sculptured friezes, represent unique artistic achievements as monuments.

The ruins of ancient Hattusha, the modern village of Bogâzkale and the great capital of the Hittite empire, are framed by the grandiose backdrop of the high Anatolian plains 200 km to the east of Ankara. The site was partially occupied at the end of the 3rd millennium by a pre-Hittite population which, as was also the case in other regions, permitted Assyrian traders to settle there. From a number of epigraphic documents we learn that the city was then called Hattus (Hattush) and that it was destroyed around 1720 by Anitta, a Hittite sovereign. The vicissitudes of a complex history rich in events did not spare Hattusha from the 18th to 12th centuries and are borne witness to by monumental vestiges of the built-up and rupestral ensembles.

The site, discovered in 1834, was not comprehensively excavated until 1906, which was the memorable date of the discovery of a copy of a peace treaty between Hattushili III and the Pharaoh Ramses II, which made possible the identification of Hattusha. Since then, joint efforts on the part of German and Turkish archaeologists have made decisive progress in knowledge of the Hittite capital. The exploration of Hattusha should serve as a model of long-term archaeological research planning and has given rise to a host of publications and to a specialized periodical issued by the Deutsches Archäologisches Institut.

At its largest, the city spread over a sloping, uneven plateau, covering 2.1 km from north to south and 1.3 km from east to west. In the 13th century, the city was surrounded by a system of double walls forming a perimeter of roughly 8 km. It was protected at the east end by the Kayalı Boğäz outpost, 1.5 km from the Royal Gate. To the north, beyond the walls, were located a necropolis cut into the rock at Osmankayası and the great rupestral sanctuary of Yazılıkaya, whose walls decorated with bas-reliefs are the undisputed masterpiece of Hittite art.

Inside the walls whose most impressive remains lie to the south and the east and comprise primitive Hittite fortifications, with underground passageways, the city is built on two levels. To the northwest, not far from the present-day village of Bogâzkale, which occupies part of the site, is the lower town. The most remarkable monument is the great temple, dedicated to the god of storms and the goddess of the Sun, Arinna, and surrounded by an array of buildings including stores. Thousands of cuneiform tablets were found in this area. Slightly to the north of the temple is the Assyrian settlement's karum with its houses built around a central courtyard. Part of it dates back to the pre-Hittite period. To the south is located the upper city, a complex layout. The most important element is the royal residence of Büyükkale, a veritable palace-citadel perched upon the main peak.It is on other fortified peaks the area between the Lions' Gate to the west and the Royal Gate to the east (the only well-preserved vestiges of the five original monumental entrances) that the best preserved stretches of the double wall are to be found. This wall protected Hattusha, its residential quarters, its palaces and four temples.

Hattusa: The legend of the lost god

The hero of the Hattian legend is an agriculture god named Telipinu. His responsibilities include agricultural activities like seeding, plowing, watering, growing and harvesting the crops. Naturally his disappearance affected life in all aspects. The legend compiled of different versions has an interesting theme.

The god is so angry that he wears his cloth and shoes wrong. He storms out. When he leaves, everything changes in the country. The problems occur.

“Windows were behind the fog, the houses filled with smoke. The woods smothered in the oven. The sheep suffocated in the yard. The sheep didn’t want its lamb, the cow didn’t want its calf. Barley and wheat didn’t grow anymore. The cows, sheep and humans didn’t get pregnant. The pregnant ones didn’t give birth. The mountains dried, the trees dried, the flowers didn’t blossom, grasslands dried, all resources dried.”

The disappearance of the god was such strong that the other gods were affected as well. Yet more, in a feast attended by all of the gods, despite all drank and ate, there still were hunger and thirst. Here we understand from this passage that the food and drinks may be the offerings to these gods. However these offerings were of no use.

At last, the hurricane god remembers his son Telipinu taking everything good away with him. He sends the eagle to the high mountains to find Telipinu. But the eagle cannot find Telipinu. Then the mother of all gods, the goddess Hannahanna tells the hurricane god to look for his son by himself. And he cannot find Telipinu as well. Hannahanna then sends a bee. The bee finds the god and stings him to wake (this part differs in each version). Telipinu gets angrier. Eventually it is decided to calm him with a rite. The rite is performed by the magic goddess Kamrušepa. And her magic works. Telipinu calms down and returns his home. After then, everything goes back to normal. 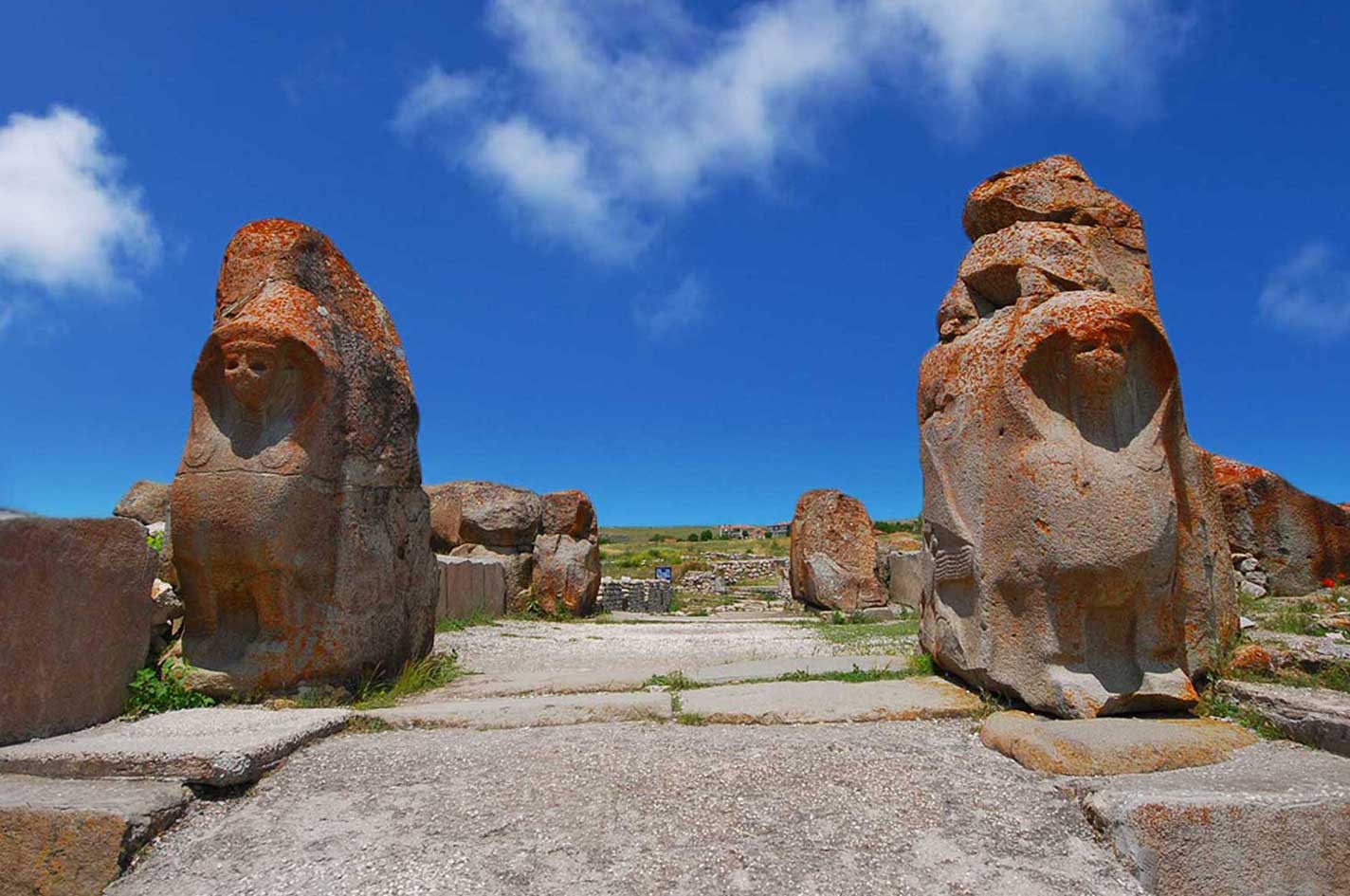 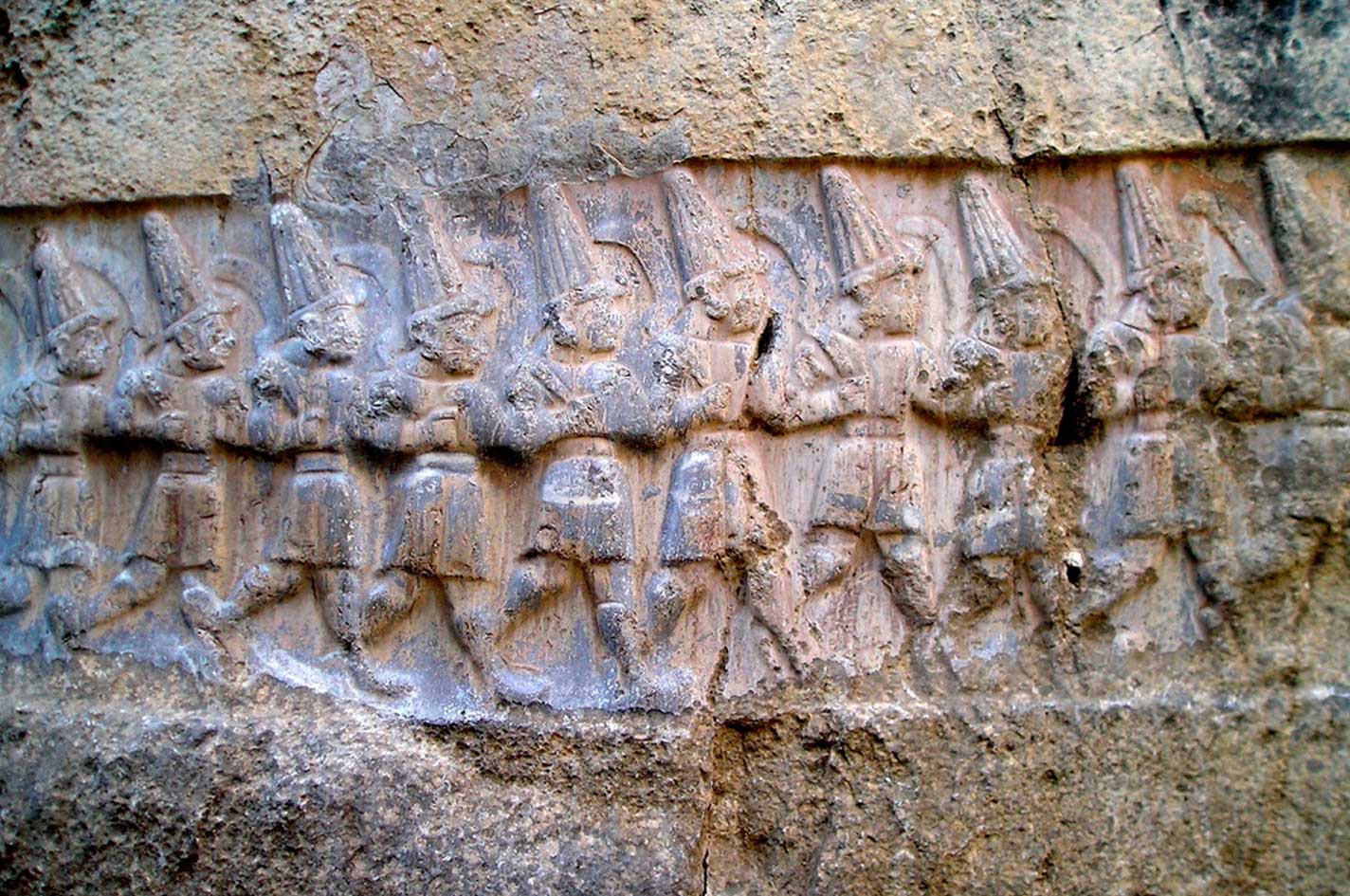 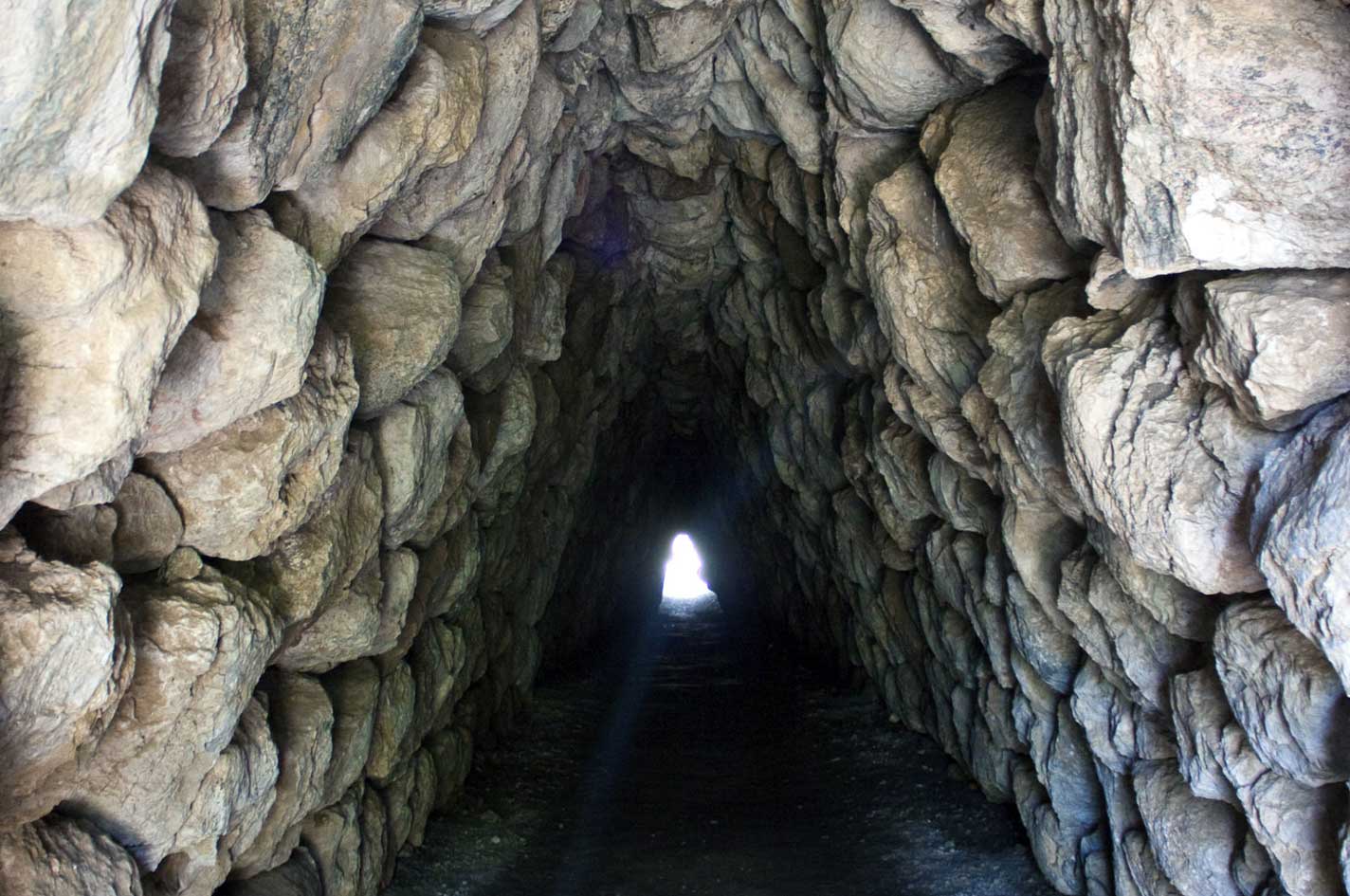 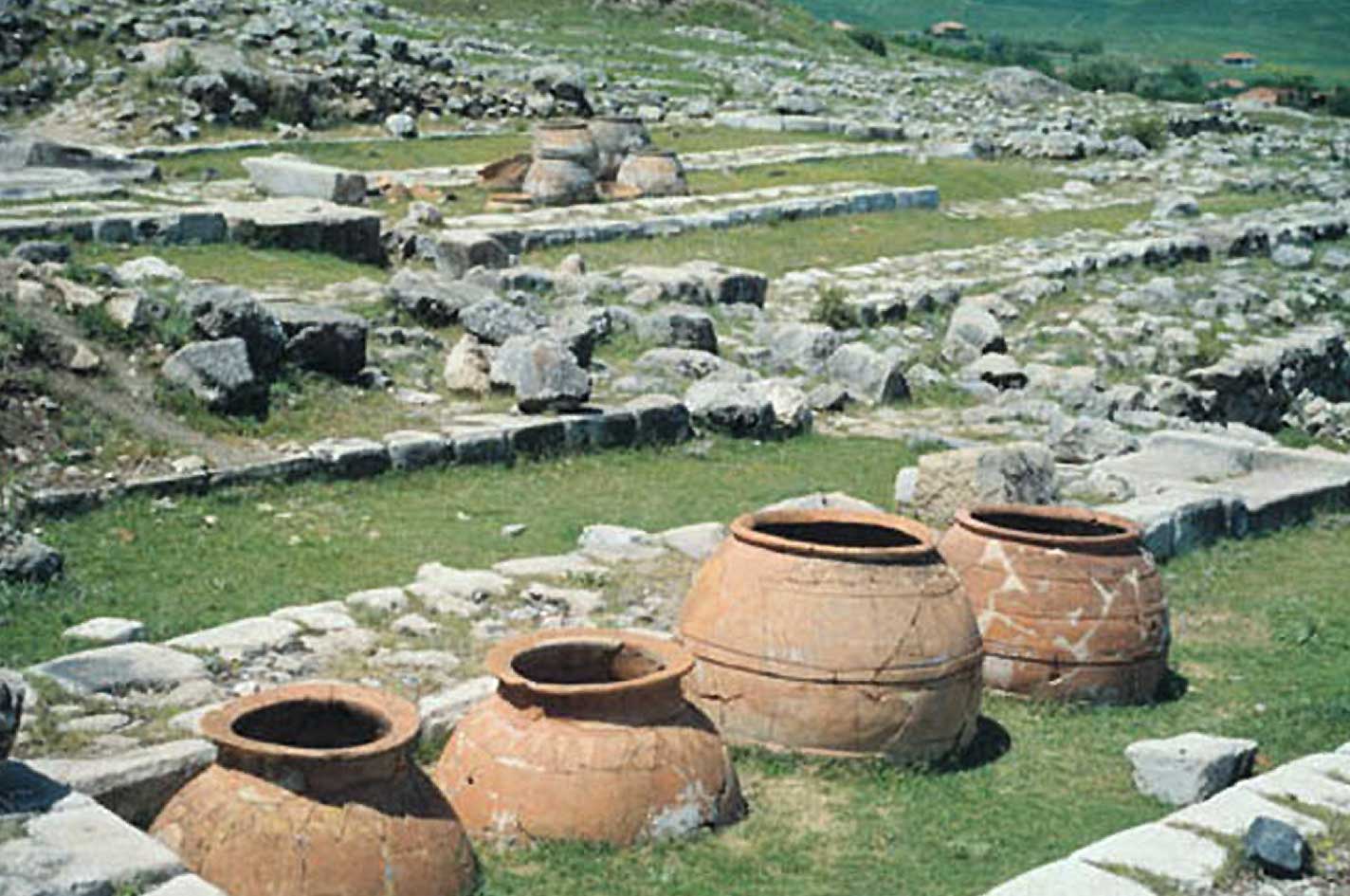 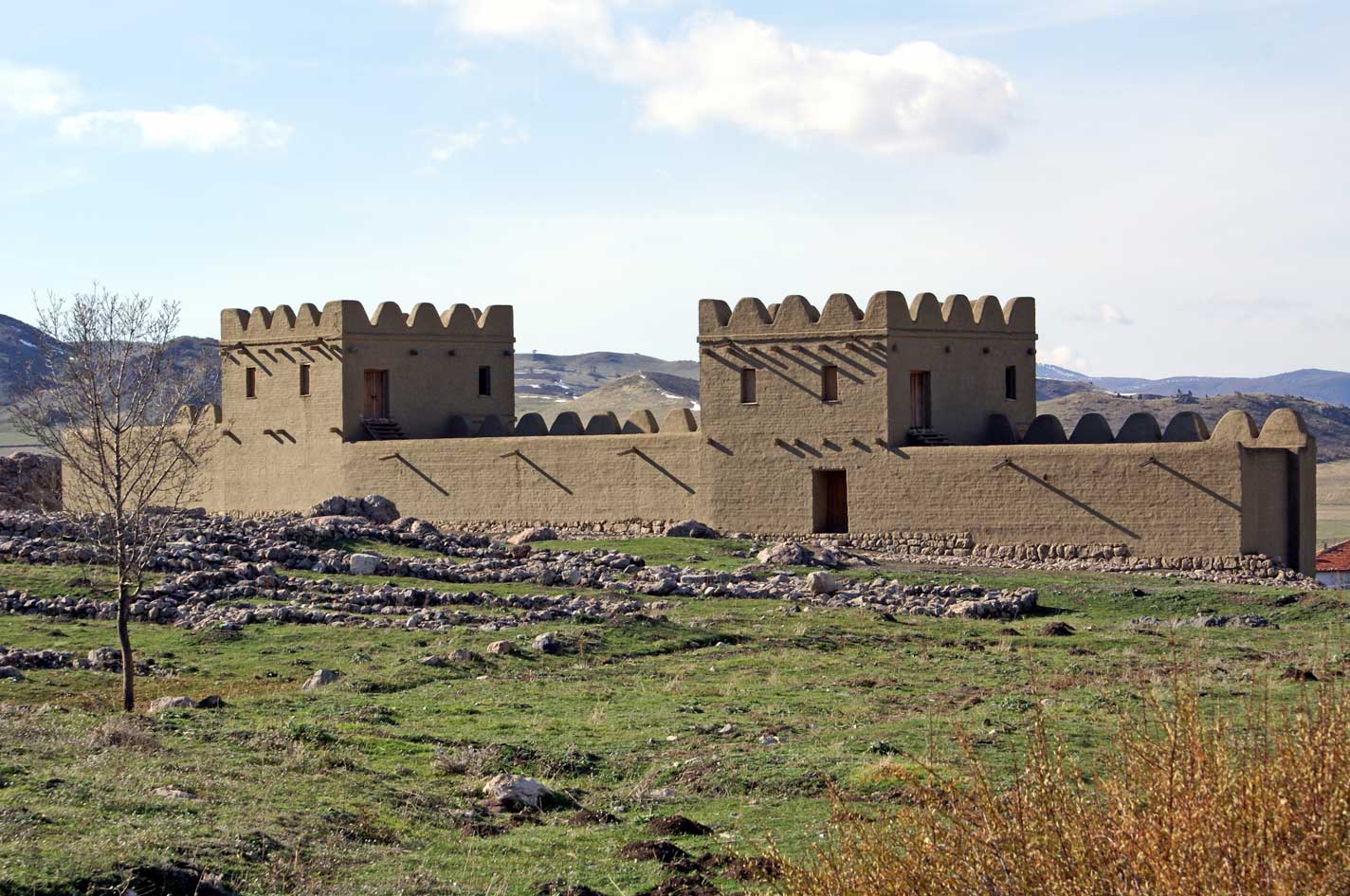