Meaning “to cut” the Kat’ı art is carving the writings and patterns drawn on the paper or leather with a special cutter and pasting these on another surface with a special adhesive called muhallebi (literally pudding in English) which is made with starch and water. The art historians suggest that paper and leather carving was born as a public art in China approximately 2000 years ago. Based on the samples in the libraries, it is seen that this art came to Islamic world through Middle Asia. The carved decorations in the book jackets of seigniory period which was continuation of Anatolian Seljukians in 14th century are very important even if they are rare, because they show how old this art is. The paper carving in the Ottoman art experienced its brightest period during Suleyman the Magnificent and Mehmed the Conqueror. During Ottoman Empire period, the decorative arts were considered such important, since the Sultans regarded art, artists, culture and books. The number of the pieces to date shows that the paper carving had been completely considered as an art in the palace and its close neighbourhood. 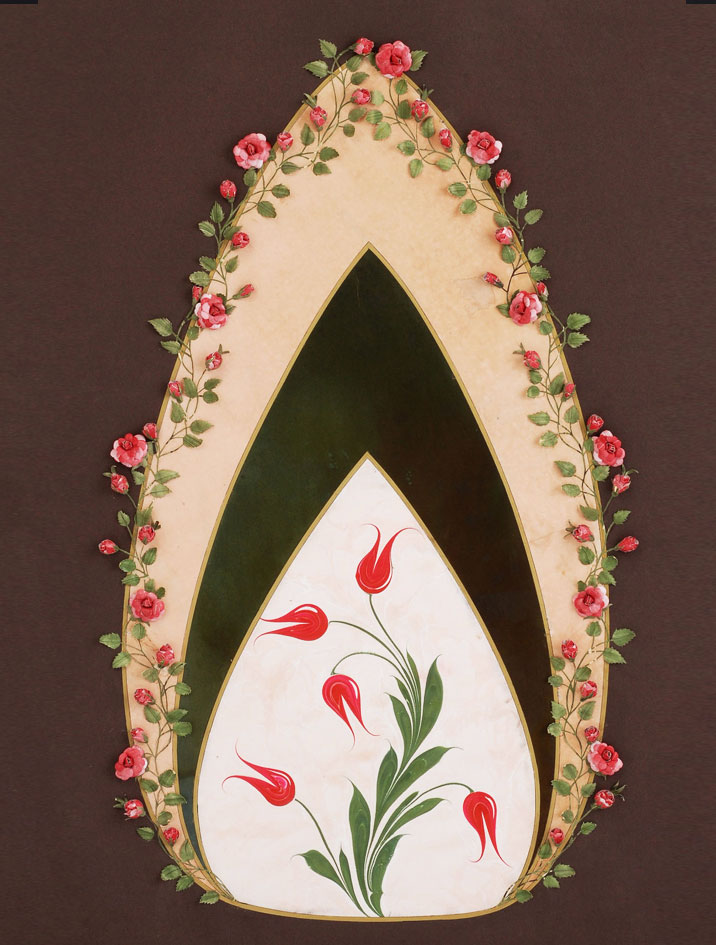