Karagoz is the shadow theatre created and played by Turks with their own art and aesthetic understanding. Karagoz is a form of shadow theatre in Turkey in which figures known as tasvirs made of camel or ox skin in human, animal or object shape are held on rods in front of a light source to cast their shadows onto a cotton screen. The main characters of Karagoz are “Karagoz and Hacivat”.

The origin of the imaginary plays based in India, Middle Asia, China and Japan. The shadow play was spread with Turks from Middle Asia to everywhere they had migrated. After Turks had arrived in Anatolia in 11th century, it spread to Greece, Italia, Yugoslavia and then Scandinavia peninsula. Turkish shadow play portraits are still alive in the country. 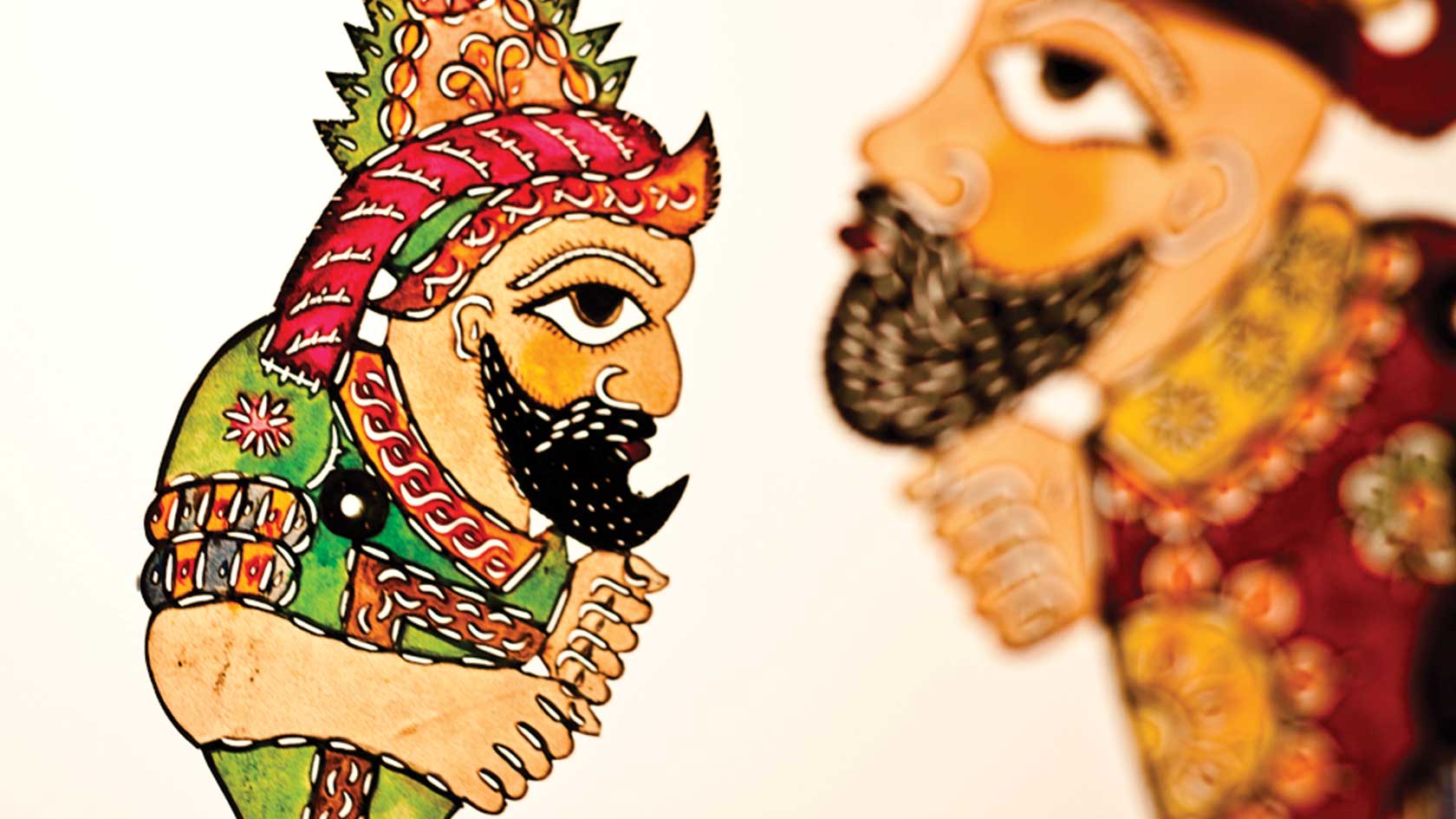 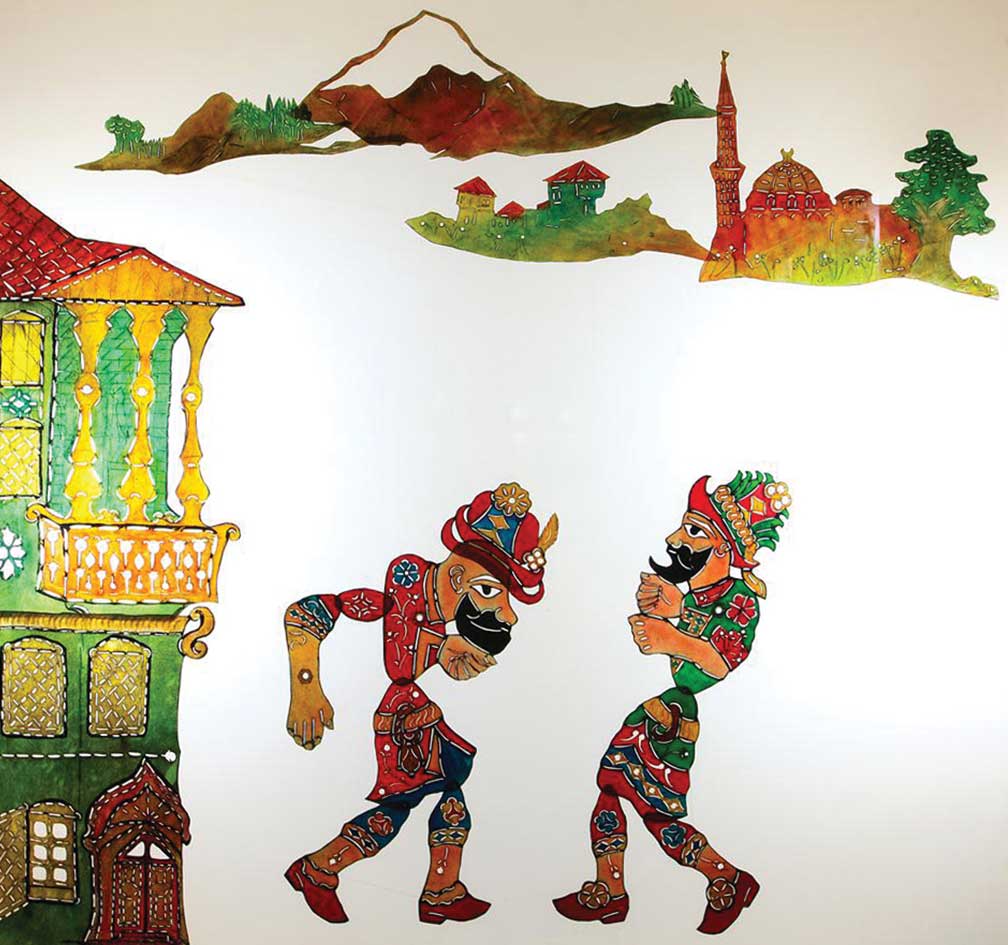 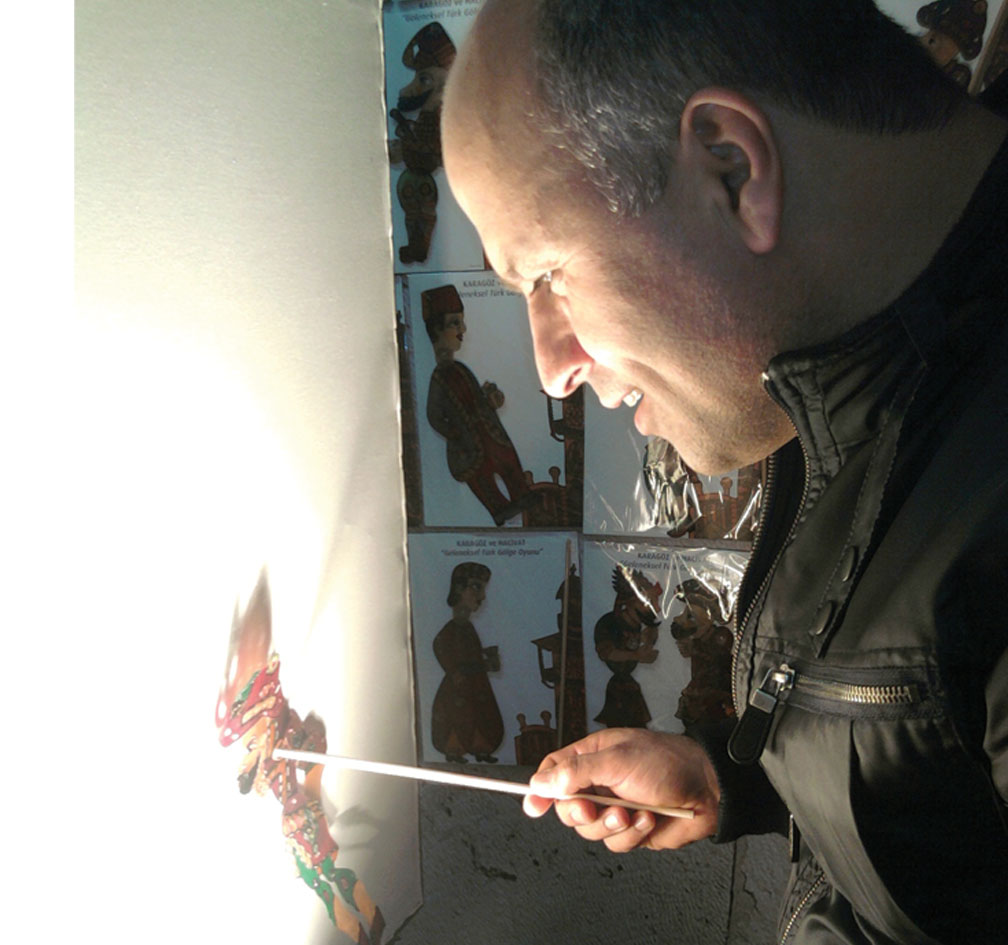