Little Hagia Sophia Mosque, a 10-minute walk downhill southwest from the Sultanahmet Mosque, was built in the 530s as the Church of Saints Sergius and Bacchus by the Byzantine Emperor Justinian and his wife Theodora.

Being of the same architectural period, and with a broad dome, it looked like a study for Justinian's great Church of Hagia Sophia, hence its name, which it seems to have taken when it was converted to a mosque around the year 1500.

Extensive restoration work—interior, exterior and structural—was completed in November 2007 so the sense of noble desuetude that possessed it for so many decades is gone.

Both exterior and interior look virtually brand-new, with smooth plaster and fresh paint. The Ottoman-style decoration inside is pleasant for a mosque, but bears no resemblance to what the building looked like in Byzantine times when gold mosaics gilmmered in the dome and colored marble glowed on the walls.

Some beautiful 6th-century decorative elements remain, however. Note the irregular octagonal floor plan, and the beautiful red- and green-marble breccia columns topped by intricately-carved Byzantine marble capitals. Above the capitals, a band of marble with Greek letters in relief offers evidence of the building's first use. 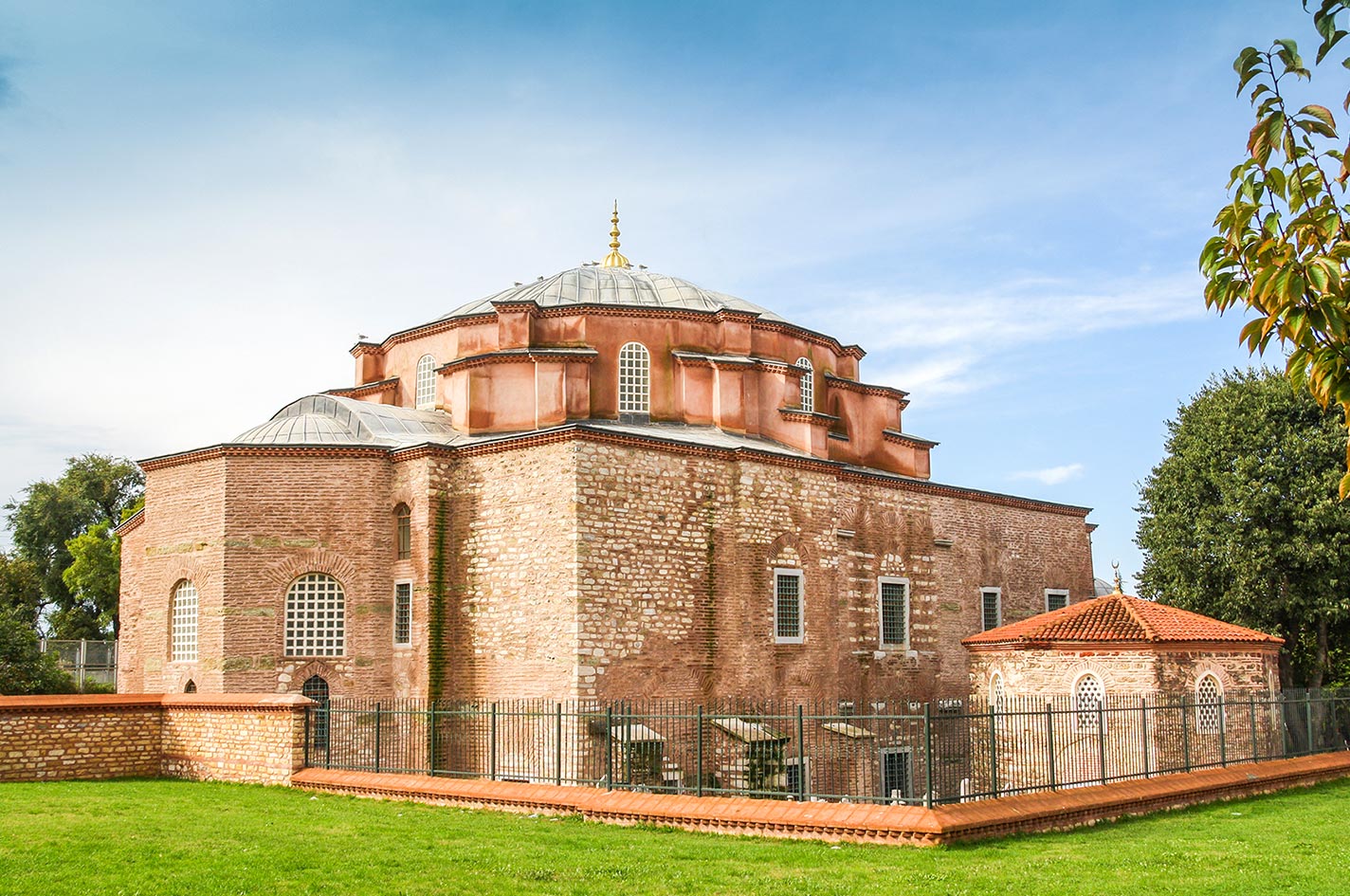 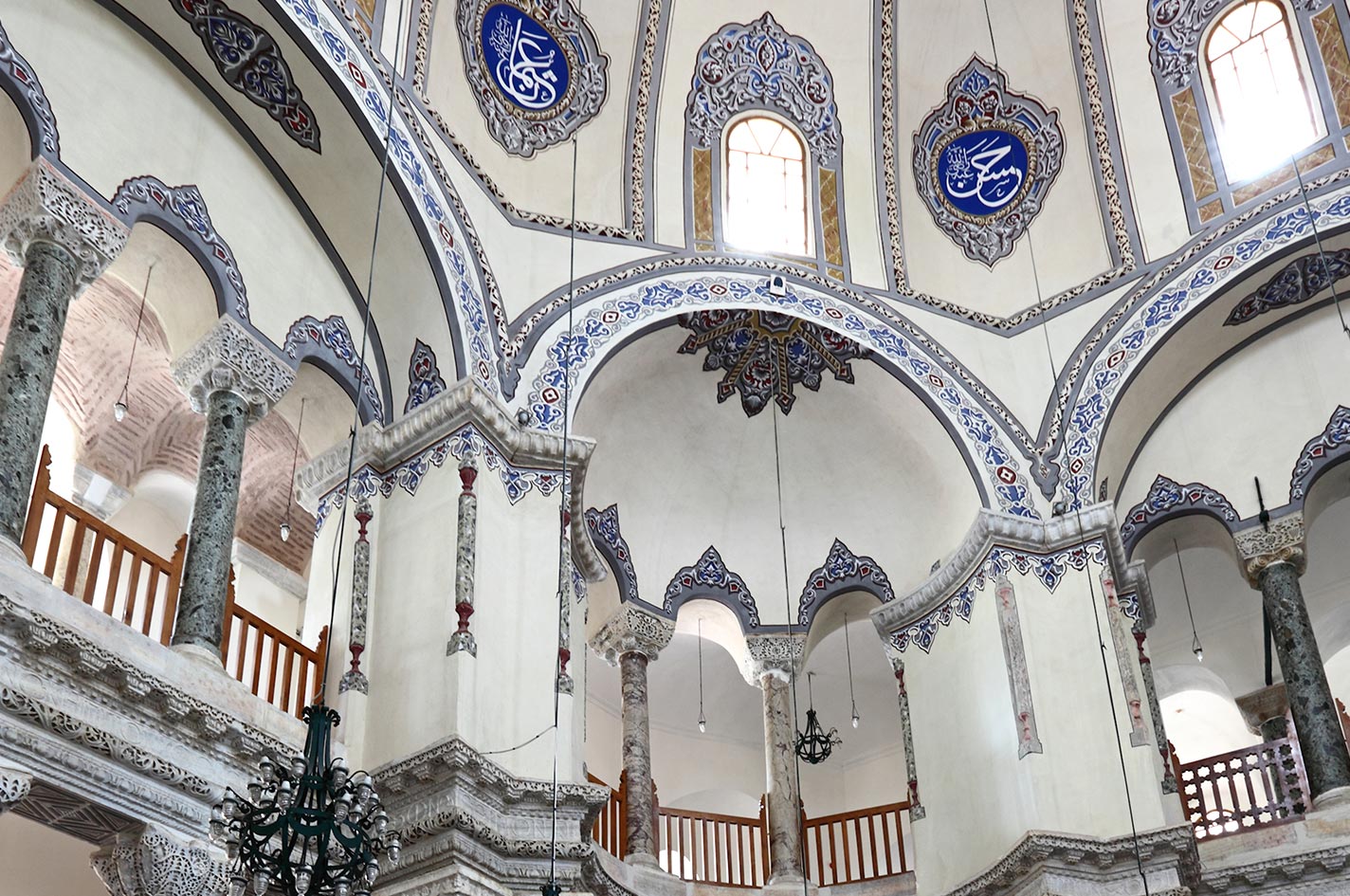 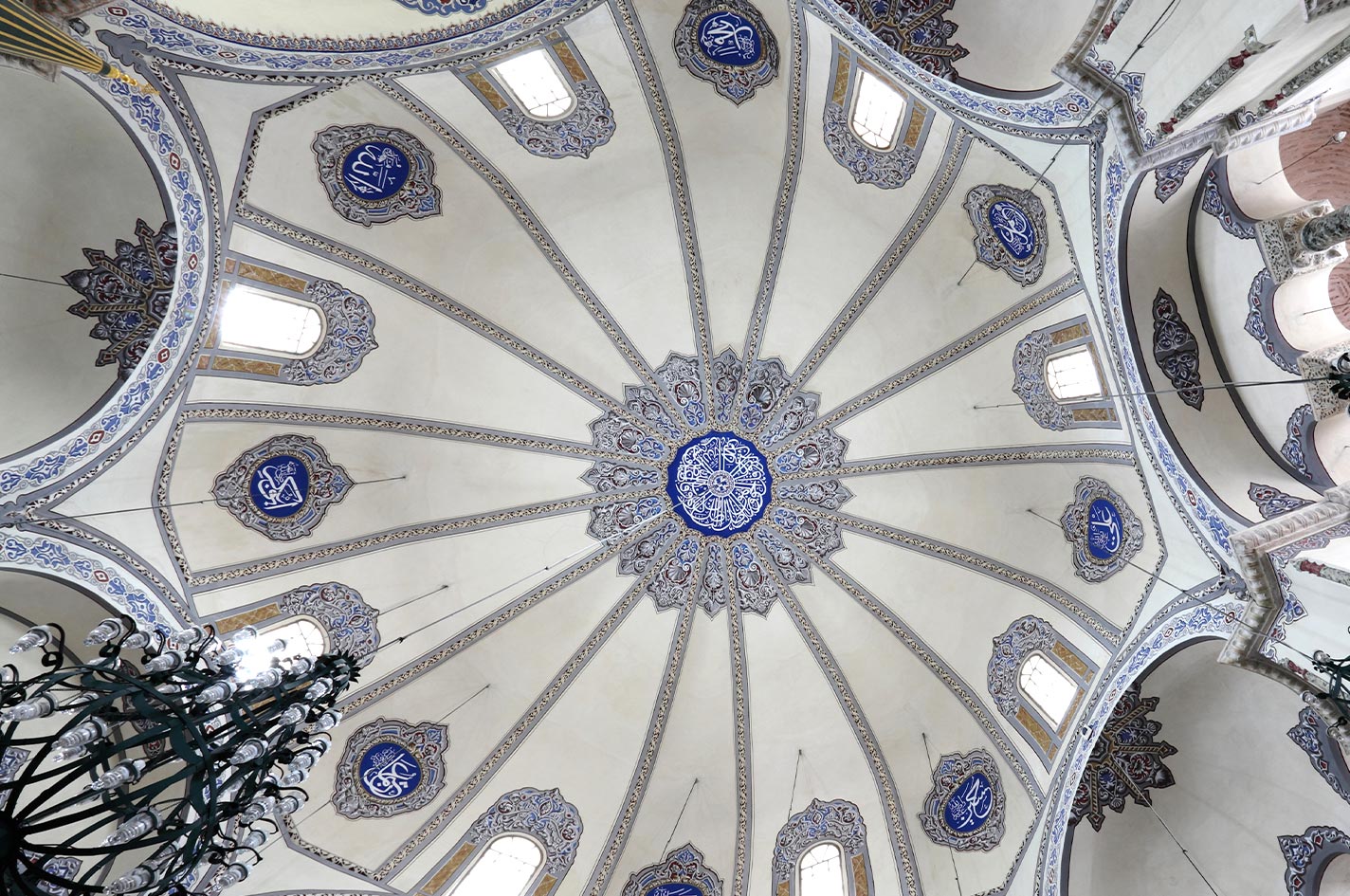