The Church of the Holy Saviour in Chora is considered to be one of the most beautiful surviving examples of a Byzantine church. The church is situated inIstanbul, in the Edirnekapı neighborhood, which lies in the western part of the municipality (belediye) of Fatih. In the 16th century, during the Ottoman era, the church was converted into a mosque and, finally, it became a museum in 1948. The interior of the building is covered with fine mosaics and frescoes.

The Chora Church was originally built as part of a monastery complex outside the walls of Constantinople, to the south of the Golden Horn. Literally translated, the church's full name was the Church of the Holy Saviour in the Country: although "The Church of the Holy Redeemer in the Fields" would be a more natural rendering of the name in English. The last part of that name, Chora, referring to its location originally outside of the walls, became the shortened name of the church. The original church on this site was built in the early 5th century, and stood outside of the 4th century walls of Constantine the Great. However, when Theodosius II built his formidable land walls in 413–414, the church became incorporated within the city's defences, but retained the name Chora. The name must have carried symbolic meaning, as the mosaics in the narthex describe Christ as the Land of the Living and Mary, the Mother of Jesus, as the Container of the Uncontainable.

The majority of the fabric of the current building dates from 1077–1081, when Maria Dukaina, the mother-in-law of Alexius I Comnenus, rebuilt the Chora Church as an inscribed cross or quincunx: a popular architectural style of the time. Early in the 12th century, the church suffered a partial collapse, perhaps due to an earthquake. The church was rebuilt by Isaac Comnenus, Alexius's third son. However, it was only after the third phase of building, two centuries after, that the church as it stands today was completed. The powerful Byzantine statesman Theodore Metochites endowed the church with much of its fine mosaics and frescos. Theodore's impressive decoration of the interior was carried out between 1315 and 1321. The mosaic-work is the finest example of the Palaeologian Renaissance.

The artists remain unknown. In 1328, Theodore was sent into exile by the usurper Andronicus III Palaeologus. However, he was allowed to return to the city two years later, and lived out the last two years of his life as a monk in his Chora Church.

During the last siege of Constantinople in 1453, the Icon of the Theotokos Hodegetria, considered the protector of the City, was brought to Chora in order to assist the defenders against the assault of the Ottomans.

Around fifty years after the fall of the city to the Ottomans, Atık Ali Paşa, the Grand Vizier of Sultan Bayezid II, ordered the Chora Church to be converted into a mosque. Due to the prohibition against iconic images in Islam, the mosaics and frescoes were covered behind a layer of plaster. This and frequent earthquakes in the region have taken their toll on the artwork.

In 1948, Thomas Whittemore and Paul A. Underwood, from the Byzantine Institute of America and the Dumbarton Oaks Center for Byzantine Studies, sponsored a programme of restoration. From that time on, the building ceased to be a functioning mosque. In 1958, it was opened to the public as a museum.

The Chora Church, the treasury in the cemetery…

As to the legend, the Byzantine Emperor who had the Chora Church constructed is buried in here. In his will, he said “the sword and crown which I was buried with worth enough to build a Chora Monastery. When this church is ruined, may my grave be dug, my sword and crown in it be sold to re-build it…”

This story was so told that many people tried to find the cemetery at nights. When the people living near the Chora Church woke in the morning and saw the dug areas here and there, some of them became afraid very much. The police was noticed and started to watch at night. And nothing happened during the nights being watched by the police. After a month, the neighborhood was again filled with mounds. Some rumored that ghosts were coming out at night. Then no one passed near the Chora.

One day, a drunken bully was around. He heard digging voices and whisperings but because his head was high he didn’t pay attention and went his way. Then a whitish thing came up from the ground in front him. It grew bigger and was like opening its arms. It came on and grabbed him. He also noticed few people escaping. When he took of the ghost’s cloth, he saw that it was a well cleaner from Edirnekapı. He said:

- What are you doing here?
- I’m searching.
- What are you searching?
- The king’s crown and sword.
- Please! I won’t see you again, understand? Or you won’t get away this easy. 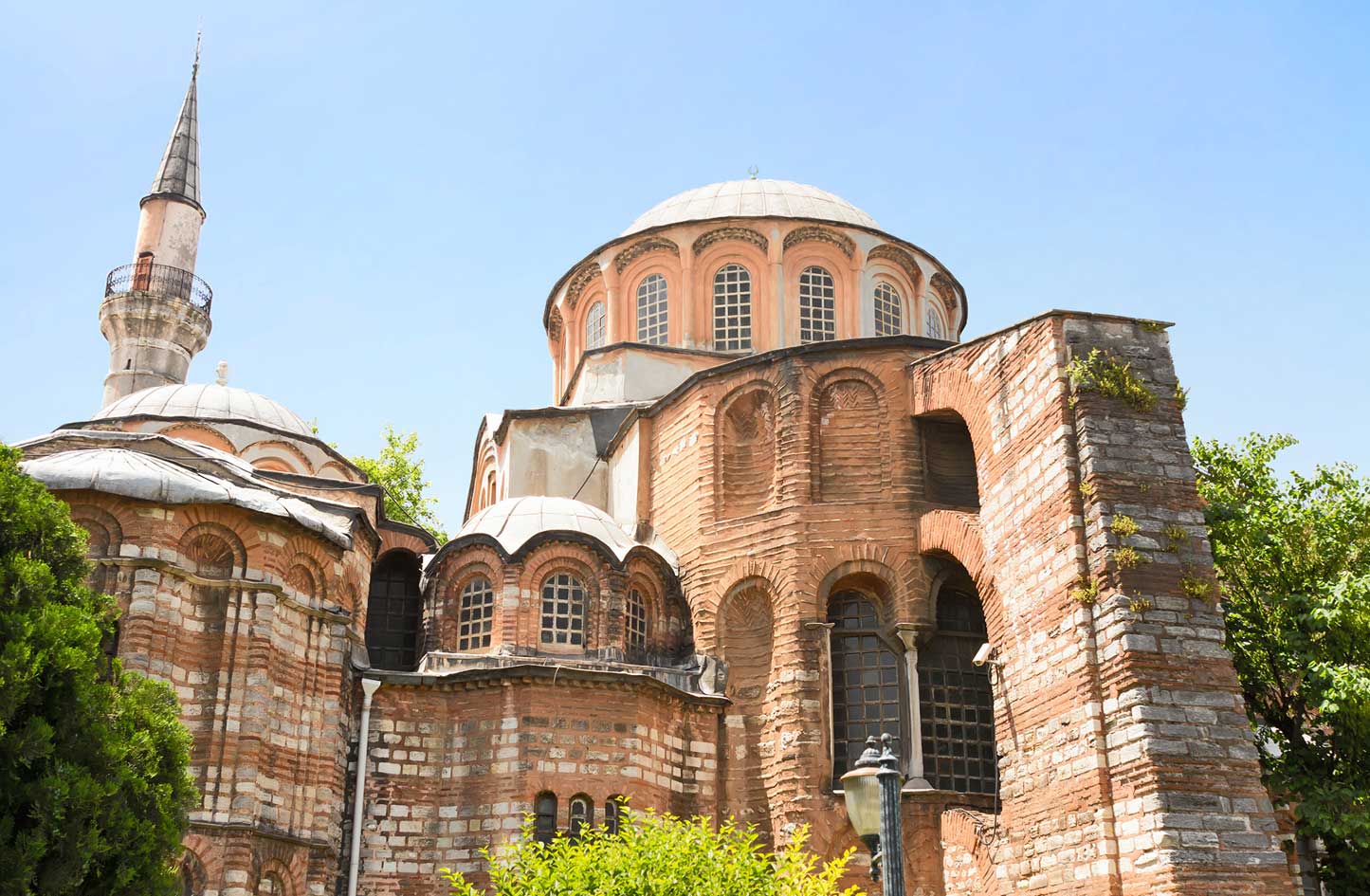 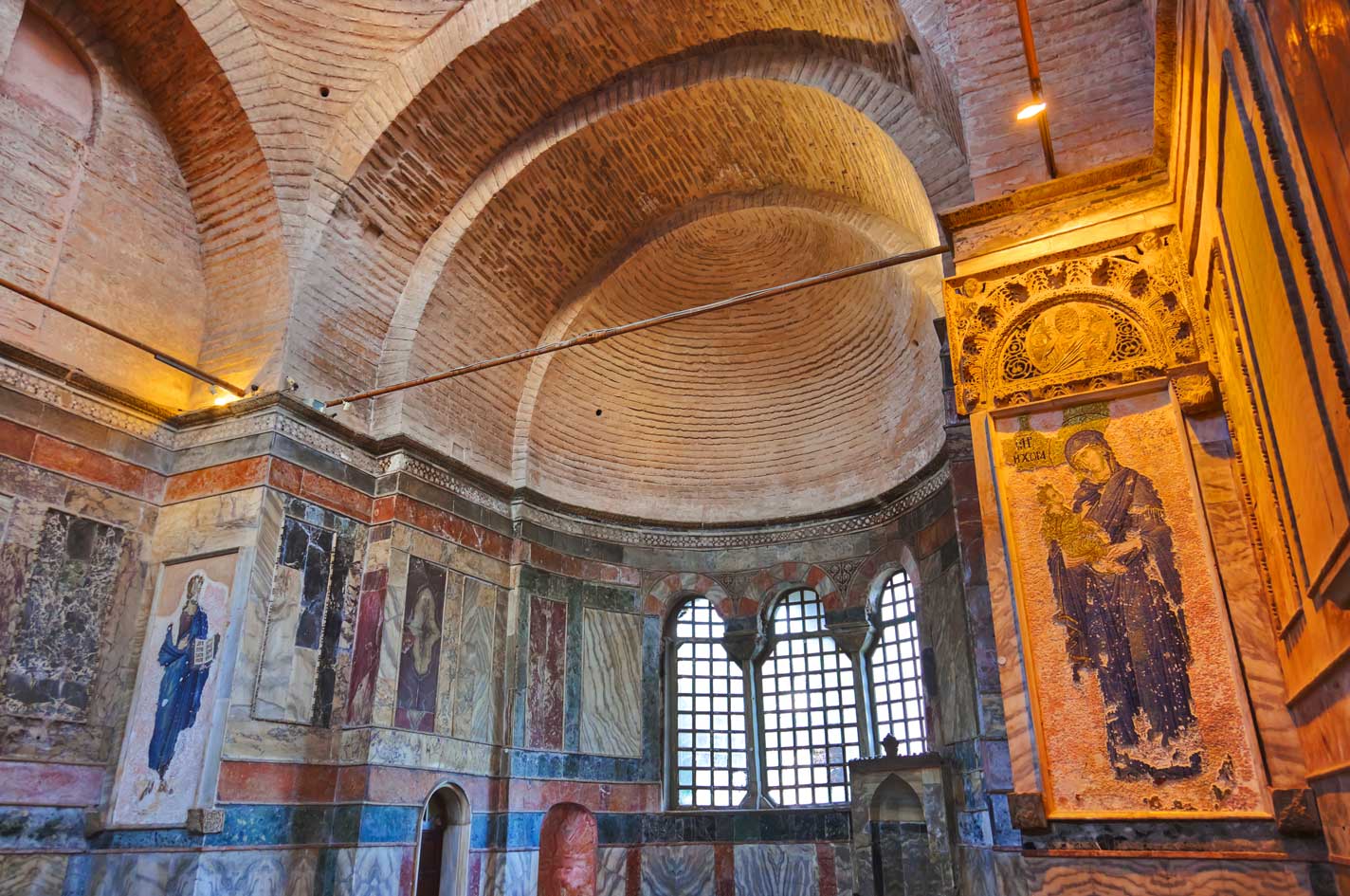 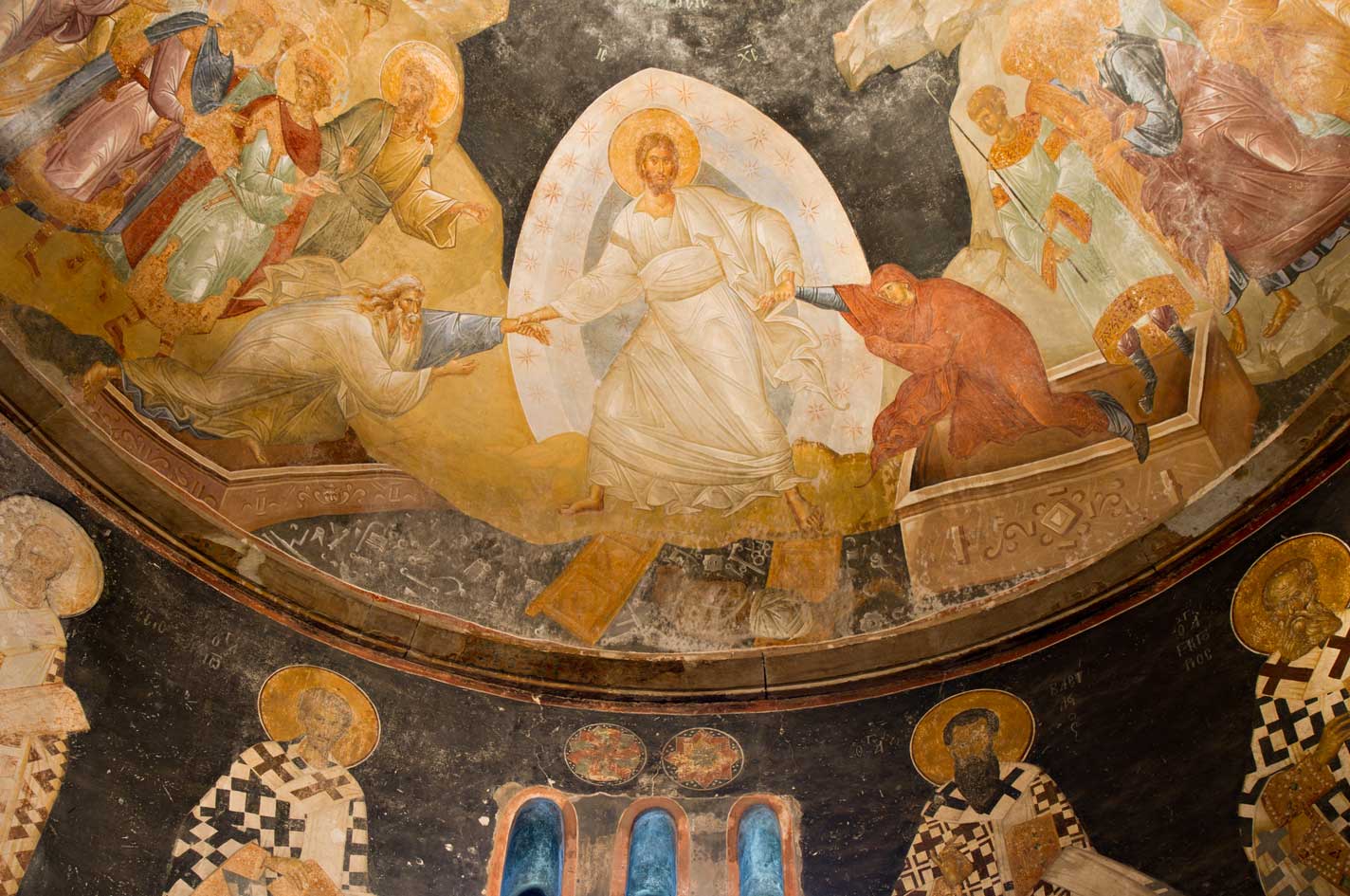 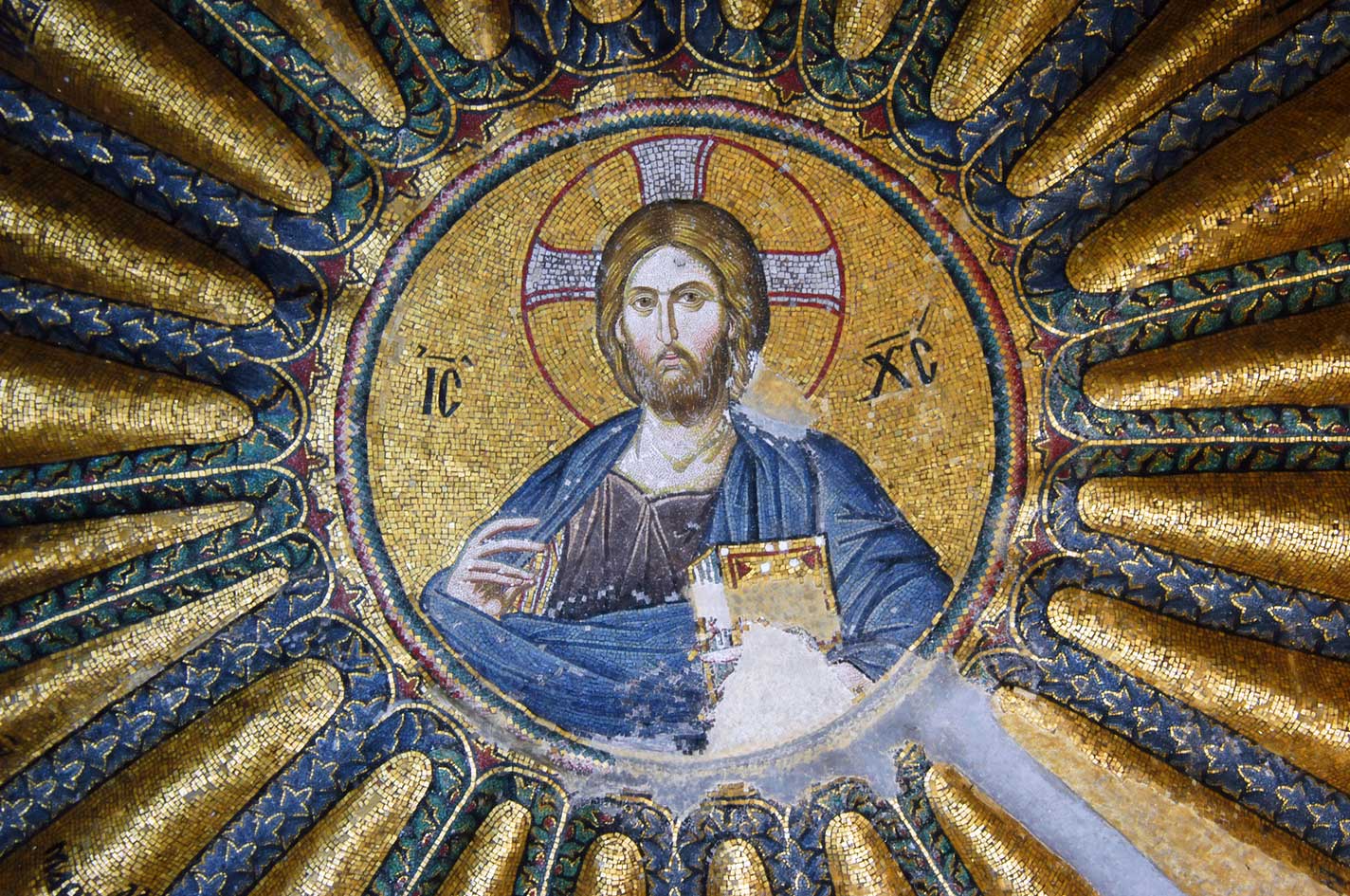 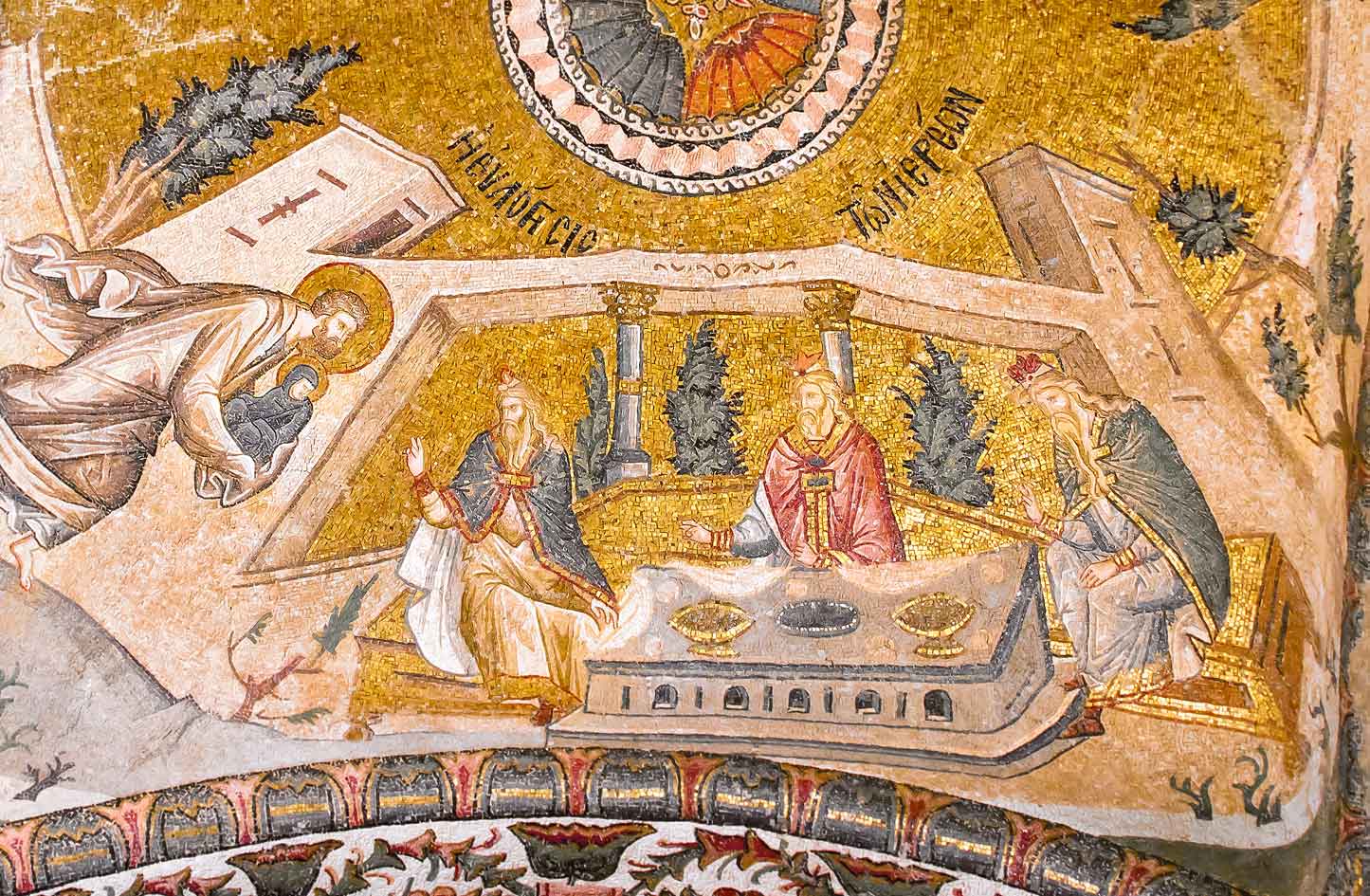 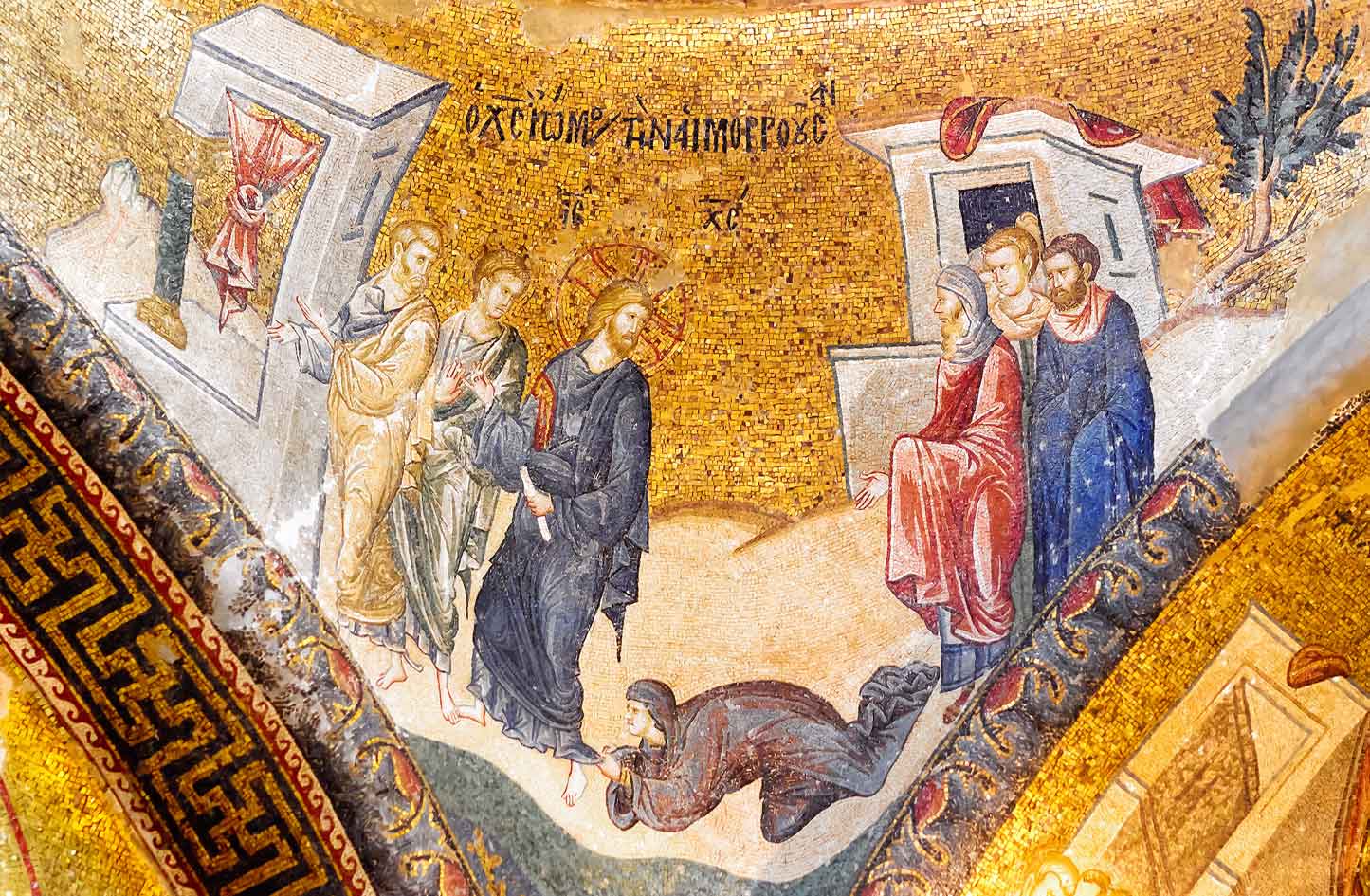 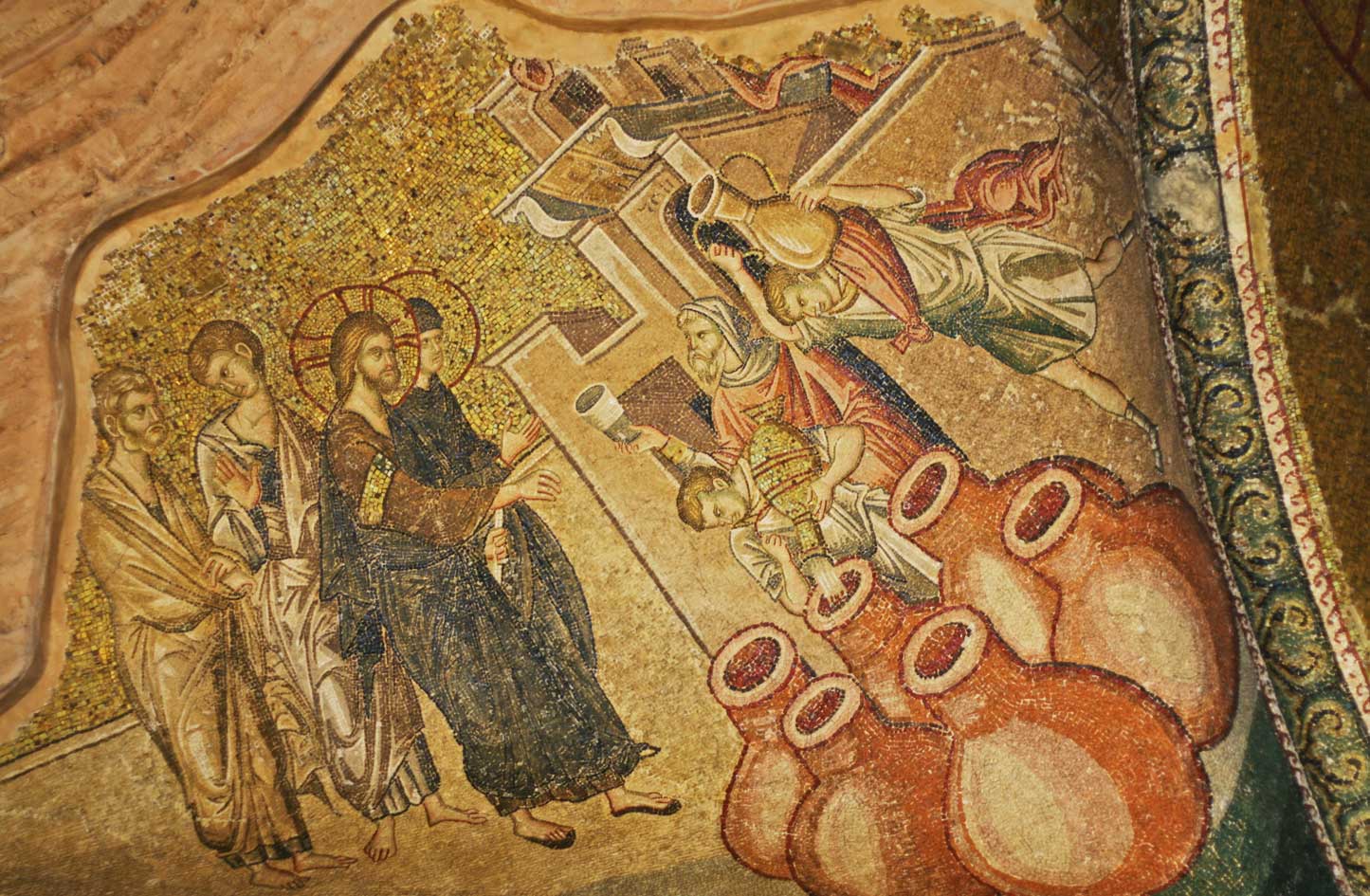 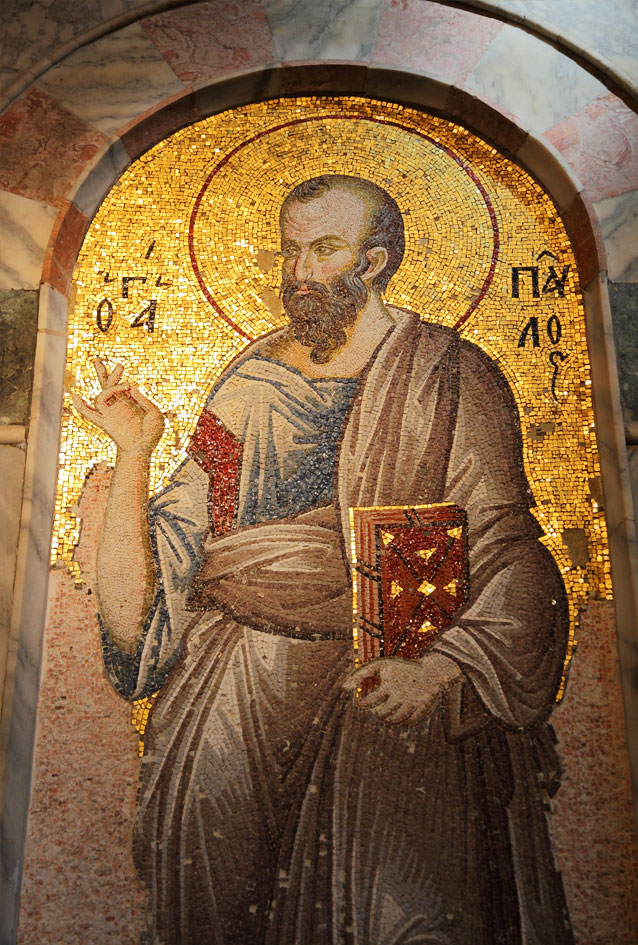 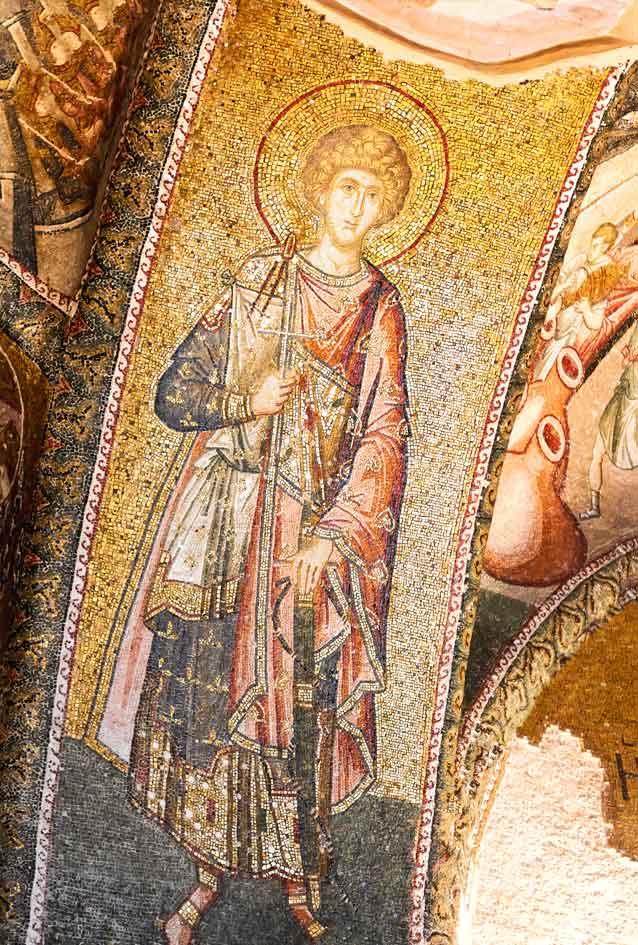 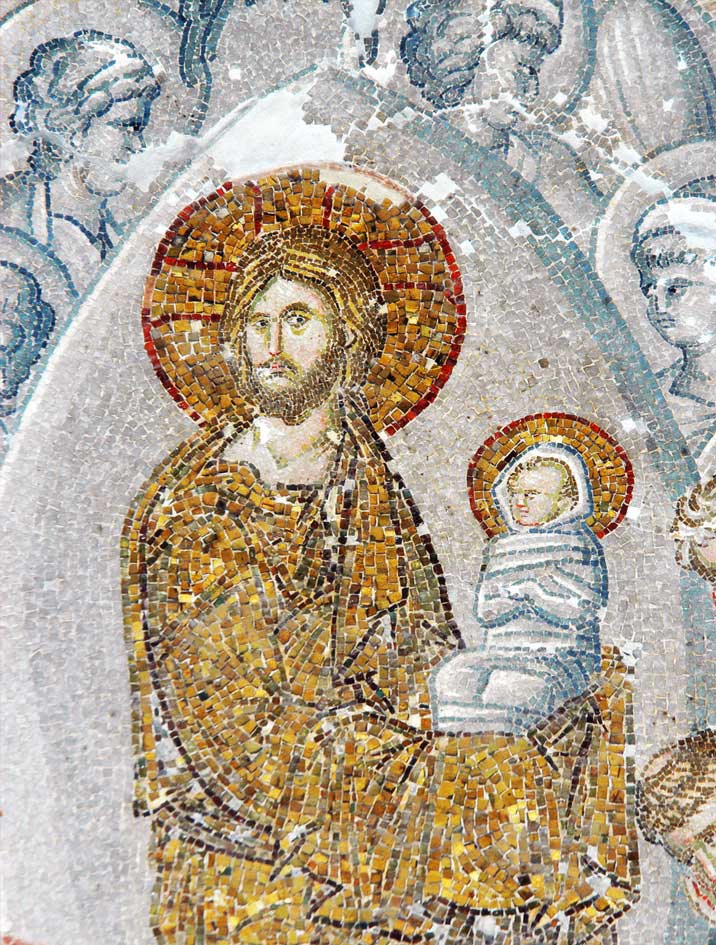