Hagia Irene is a former Eastern Orthodox church located in the outer courtyard of Topkapı Palace in Istanbul.

The building reputedly stands on the site of pre-Christian temple. It ranks, in fact, as the first church built in Constantinople. Roman Emperor Constantine l commisioned the first Hagia Irene church in the 4th century. From May ton July 381 the first Counsil of Constantinople took place in the church. It was burned down during the Nika revolt in 532. Emperor Justinian I had the church restored in 548. It served as the church of the Patriarchate before Hagia Sophia was completed in 360.

Heavily damaged by an earthquake in the 8th century, it dates in its present form largely from the repairs made at the time. The Emperor Constantine V ordered the restorations and had its interior decorated with mosaics and frescoes. Hagia Irene is the only example of a Byzantine church in the city which retains its original atrium. A great cross in the half-dome above the main narthex, where the image of the Pantocrator or Theotokos was usually placed in Byzantine tradition, is a unique vestige of the Iconoclastic art; presumably it replaced earlier decoration. The church was enlarged during the 11th and 12th centuries.

The church measures 100m X 32m. It has the typical form of a Roman basilica, consisting of a nave and two aisles, divided by columns and pillars. It comprises a main space, a narthex, galleries and an atrium. The dome is 15m wide and 35m high and has twenty Windows. 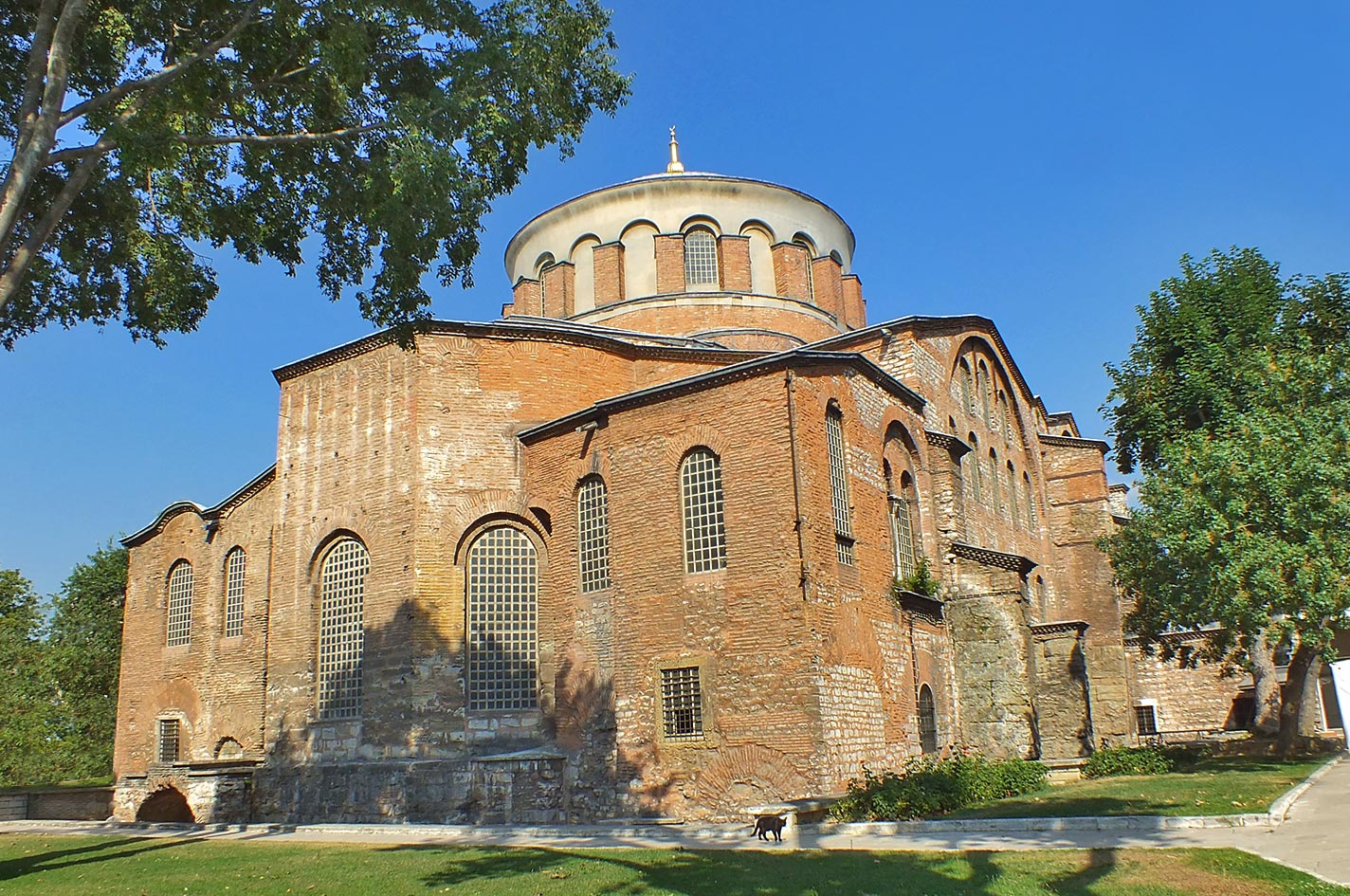 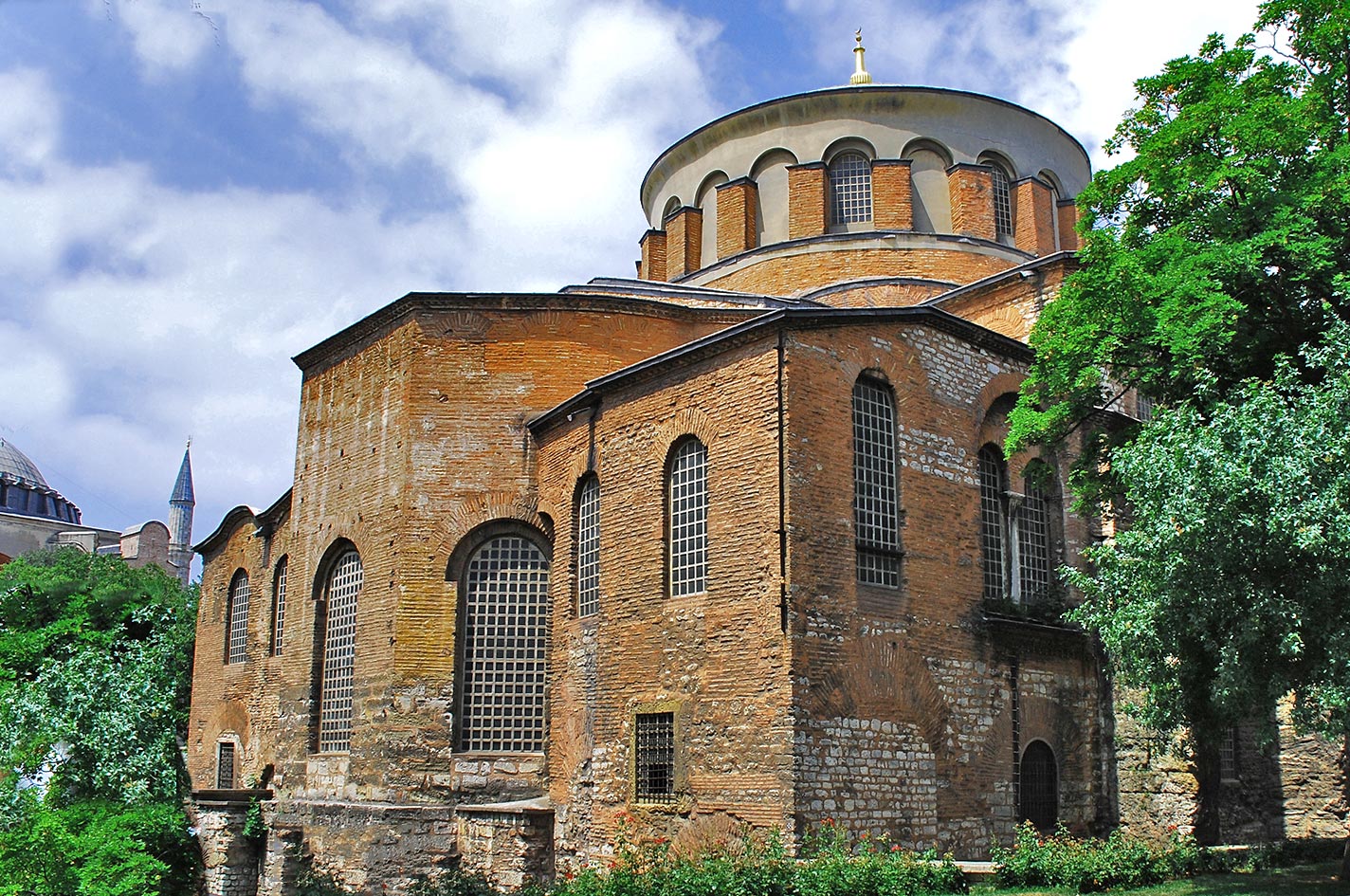 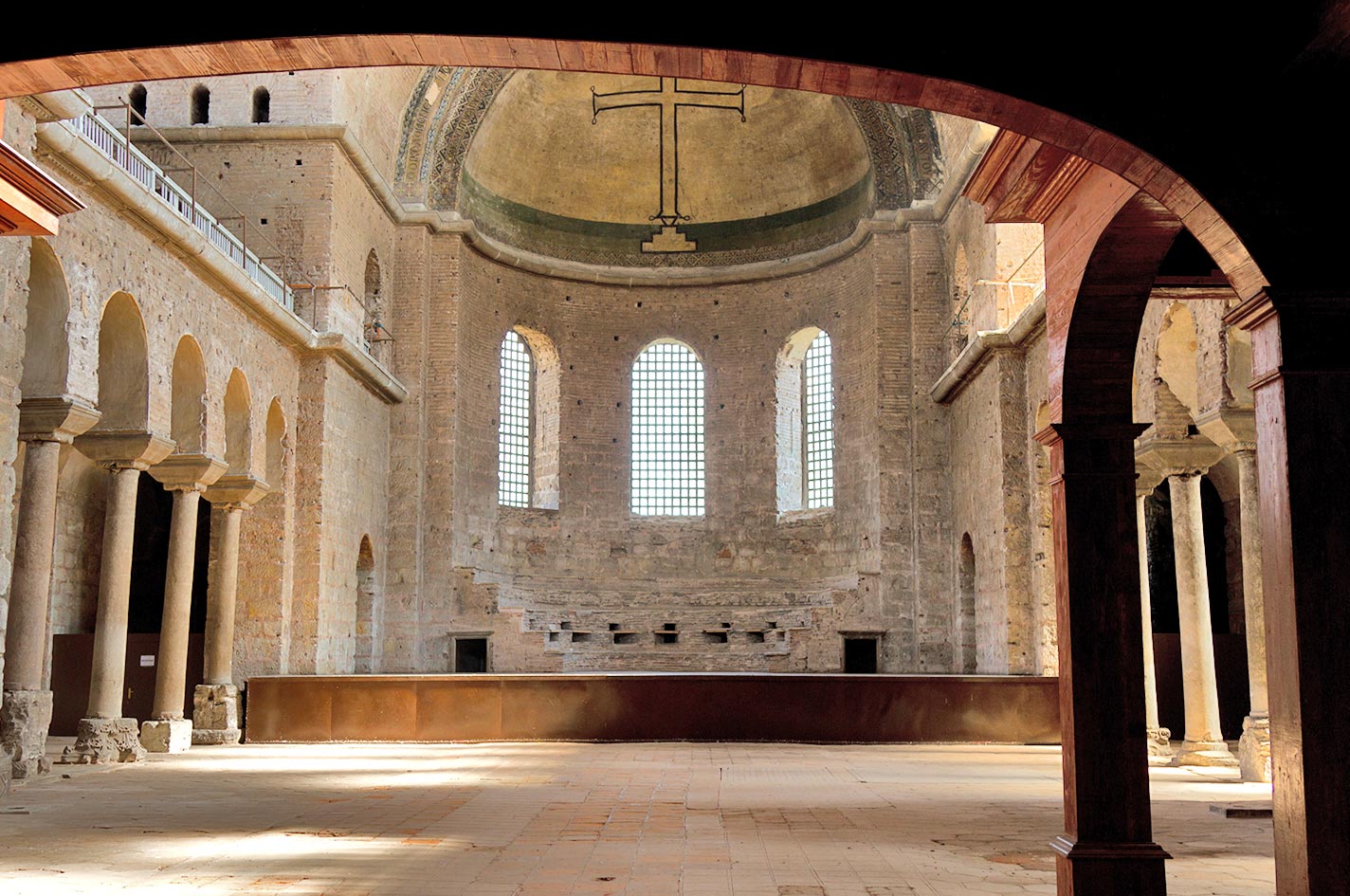 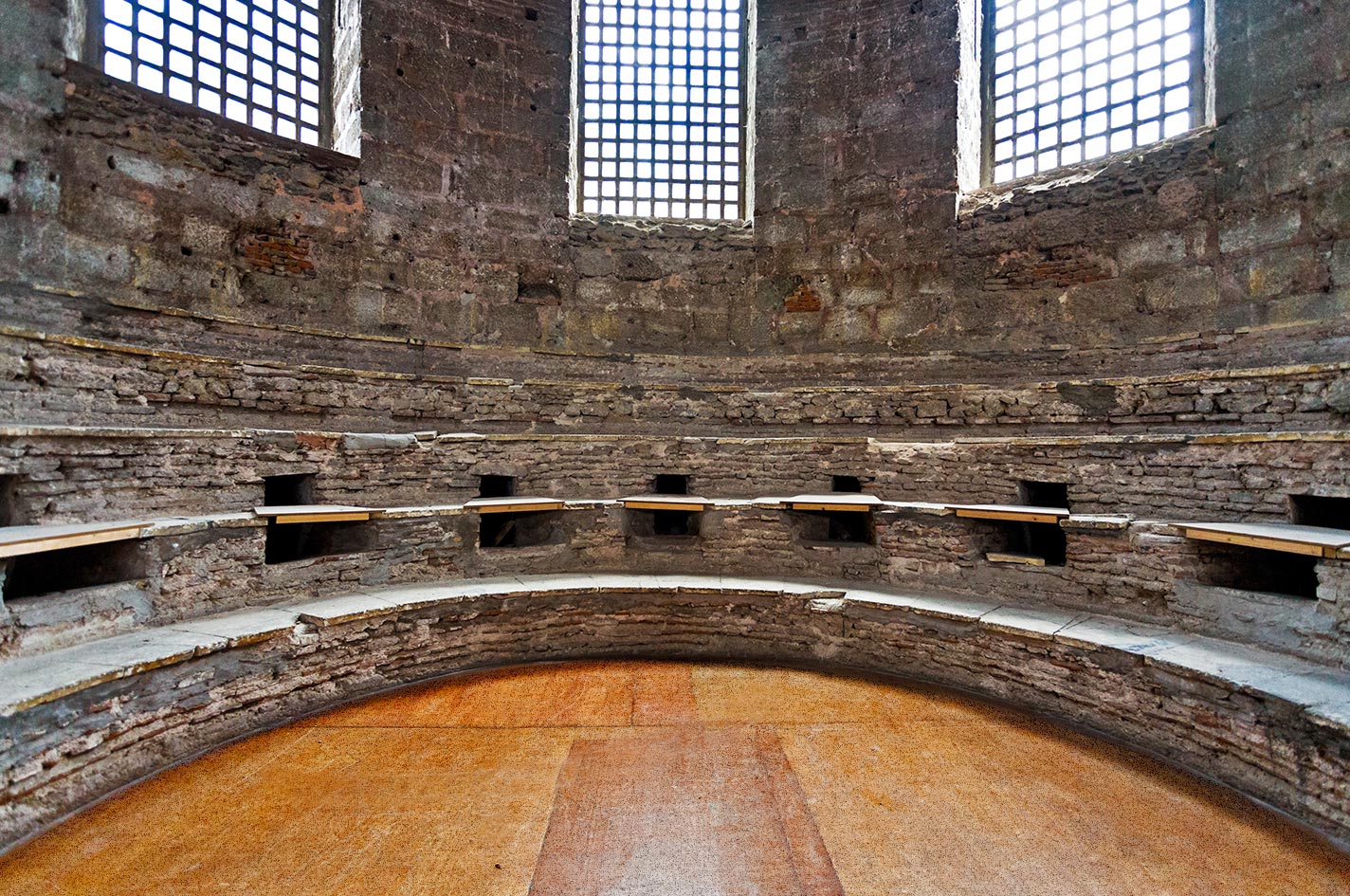